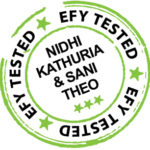 Light animations are visually appealing and hence widely used for advertising purposes. In this project, we present a MATLAB-based graphical user interface (GUI) approach to control the glowing pattern of a number of light-emitting diodes (LEDs). Use of GUI is advantageous since the user can control illumination patterns while performing other tasks in the PC.

Author’s prototype of the project 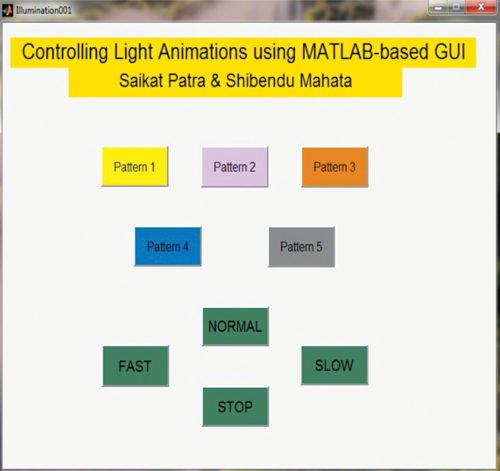 The circuit for controlling light animations using Arduino is shown in Fig. 3. It consists of an Arduino Uno board, eight LEDs and eight 1-kilo-ohm resistors. 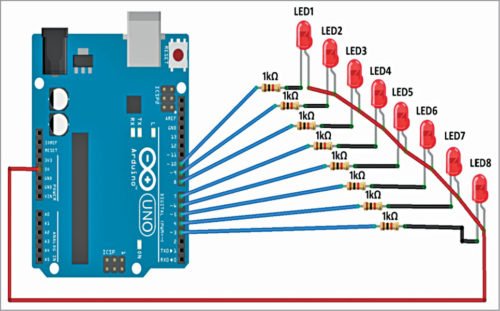 Circuit diagram of the project

Arduino Uno is an AVR ATmega328P microcontroller based development board with six analogue input pins and 14 digital input/output (I/O) pins. The microcontroller has 32kB of ISP flash memory, 2kB RAM and 1kB EEPROM. The board provides serial communication via UART, SPI and I2C. The microcontroller can operate at a clock frequency of 16MHz. In this project, digital I/O pins 3 through 10 of the Arduino are configured as output pins and used to control the illumination of eight LEDs.

We used Arduino IDE to program the Arduino Uno. The latest IDE can be downloaded for free from Arduino’s official website. After download, install the Arduino IDE and note the installation directory.

Download ‘Legacy MATLAB and Simulink Support for Arduino’ package from Mathworks website. Extract the compressed folder named ArduinoIO. From ArduinoIO folder, copy pde folder and paste it in C:\Program Files(or Program files x86)\Arduino\libraries. (The path may be different depending on the installation directory of the IDE). After pasting pde folder in the correct location, open Arduino IDE. If you have pasted the folder in the correct location, you can find pde in File->Examples->pde. Open the code by proceeding as follows: File->Examples->pde->adioes

Now copy the entire content of the extracted ArduinoIO folder to a folder in My Documents (in Windows PC).

This GUI application program has been developed in R2014a version of MATLAB. After installing this MATLAB version in your PC, open the file install_arduino.m present in the directory where you copied contents of ArduinoIO folder. Now run the install_arduino.m file. This code will correctly install and save the path of the Arduino support package.
Open the source code file (Illumination001.m) for this project. Edit the line a=arduino(‘COM9’) with the COM port number in your PC where the Arduino Uno board has been connected. When you run the project file, MATLAB will try to communicate with the board. After successful communication is established, you can control LEDs by pressing the corresponding pushbuttons in the GUI.

Interfacing a Laser LED with Arduino

This project turns on and turns off a laser LED after every second. It can also monitor its own supply...