Skip to content
This is a (moderately) simple Arduino project that is a spectacular display from LEDs – that you can wear on your head! It also uses a program that is not intricate at all, so you can modify it for different patterns and cycles. It’s also a great first or second project for people new to Arduino. And, of course, it looks great in the dark!(I know the video isn’t ideally situated; I’ll try to fix that soon) 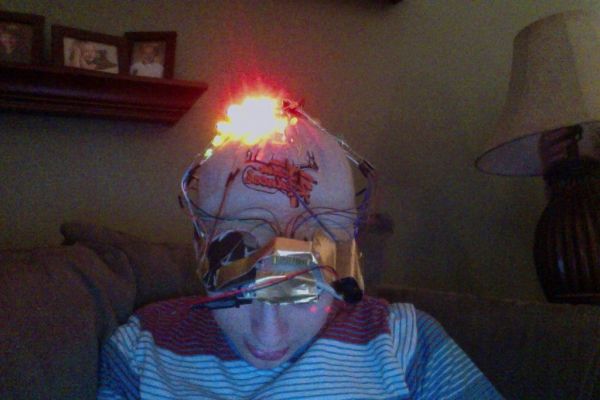 It might be simpler, but building the circuit with the LEDs in series (with the positive leads connected to the negative ones of the next; 5th picture) requires more voltage than the Arduino can provide. Two LEDs work, but for this design with three LEDs I used a parallel circuit. When connected in this way, like the in first four pictures, the Arduino can power at least four LEDs at once, although they are slightly dimmer.

Since the Arduino Uno has only 3 ground ports, you’ll need a circuit that you can plug all 8 LED strips into. With a super-small breadboard (this one is 5×10), plug one wire into the ground pin on the Arduino and a row on the breadboard, and two more wires from that row into two other rows. 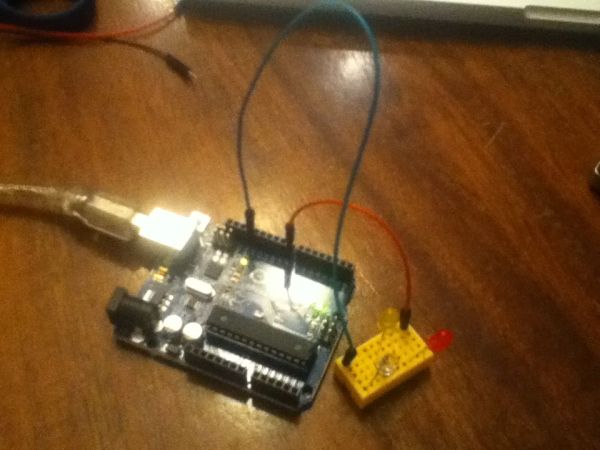 Straighten out 2 paperclips and bend the leads on the LEDs as shown in the first picture. Wrap the positive leads around the paperclip while leaving some of the it exposed on both ends, then do the same for the negative leads. The more times you wrap it around, the better it will stay connected. Also, it may be helpful to have one paperclip longer than the other at the green end so you know which one is positive and vice versa. If necessary, add electrical tape around the connections to keep them together some more; however, the residue from the tape can interfere with the contact between the leads and the paperclips. Finally, connect jumper wires to the green end of the paperclips.

Repeat all that as many times as you want strips on the hat; for this Instructable I used 8 (this is also the amount you can make using two LED bundles from Radioshack).