Hello everyone, and welcome to my Instructable! This instructable will show you how I made the first ever DIY Arduino controlled “LED Kaleidoscope”!

What is an LED kaleidoscope? Well, our traditional kaleidoscopes used 3 mirrors joined as a triangle with stuff like sequins and stolen cake decorations at one end, to create an awesome pattern when seen from the other end. My kaleidoscope uses 4 mirrors – forming a square. But wait, no cake decorations here- that’s what the LEDs are for! They blink and fade and flash about to make a pattern at least 20x cooler than the old fashioned k’ scopes. 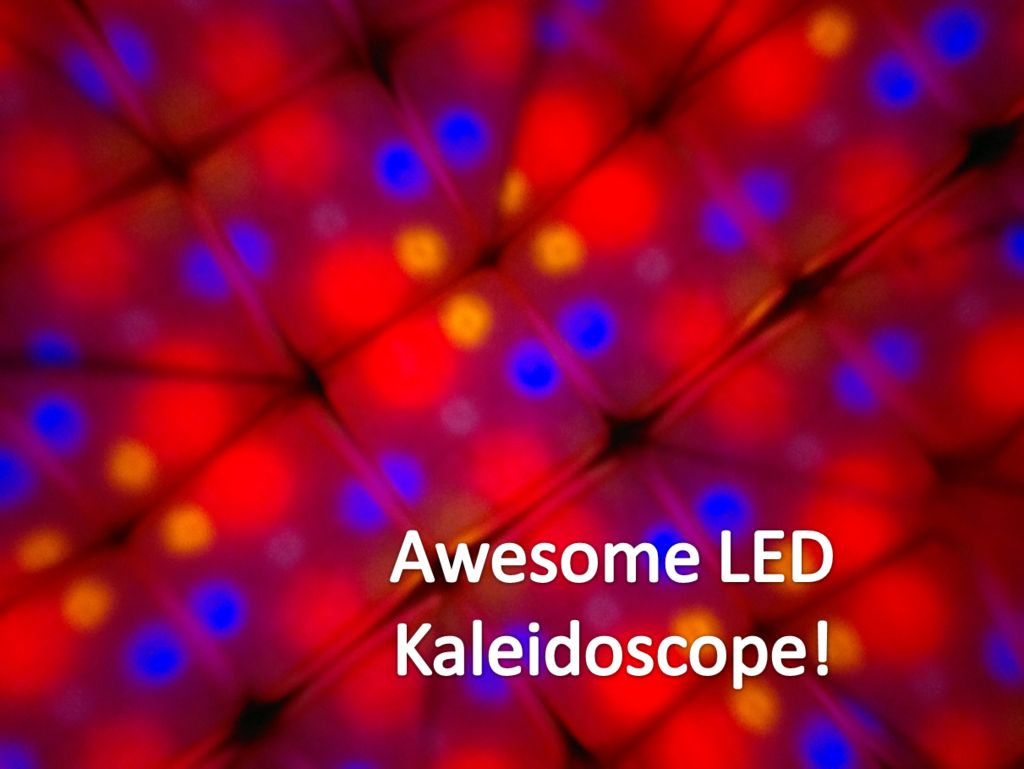 The definition of a kaleidoscope from wikipedia…:

“A kaleidoscope is a cylinder with mirrors containing loose, colored objects such as beads or pebbles and bits of glass. As the viewer looks into one end, light entering the other creates a colorful pattern, due to the reflection off of the mirrors.”

Kaleidoscopes are awesome toys, and are always fun to make and play with. But admit it, you’ll get bored with it pretty fast. Thats where my idea comes in – why not make a kaleidoscope with LEDs? With so many electronic toys available these days, why is the kaleidoscope lagging behind?

With LEDs you have unlimited possibilities – make customisable patterns, adding interactivity, changing patterns according to readings from sensors and so on…… This isn’t just fun to play, it’s fun to make and customize it too!

My kaleidoscopes square because making a compatible LED matrix board is simpler and more practical.

This isn’t expensive at all, and materials are easily available.

There are 9 LEDs, that are controlled with an Arduino using a technique called multiplexing. This article will make you understand the theory of multiplexing LEDs well. Ignore the circuit part though, it is quite different from this one.

Due to this, I only need 6 pins of the Arduino to control 9 LEDs. These LEDs are soldered on a PCB mounted at the back of the kaleidoscope.

Mirrors, when put together, form multiple reflections of the same object. This makes the LED pattern awesome and cool. I didn’t make a triangular kaleidoscope because making a suitable LED matrix for it is tricky and impractical. Hence the odd (but super cool) square.

I’ve controlled the LEDs with simple Arduino code (I’m a bit of a newbie), which you can hack.

Ice cream sticks are just there to make the kaleidoscope firmer and better looking.

And this thing is powered by a battery. Just so you know. 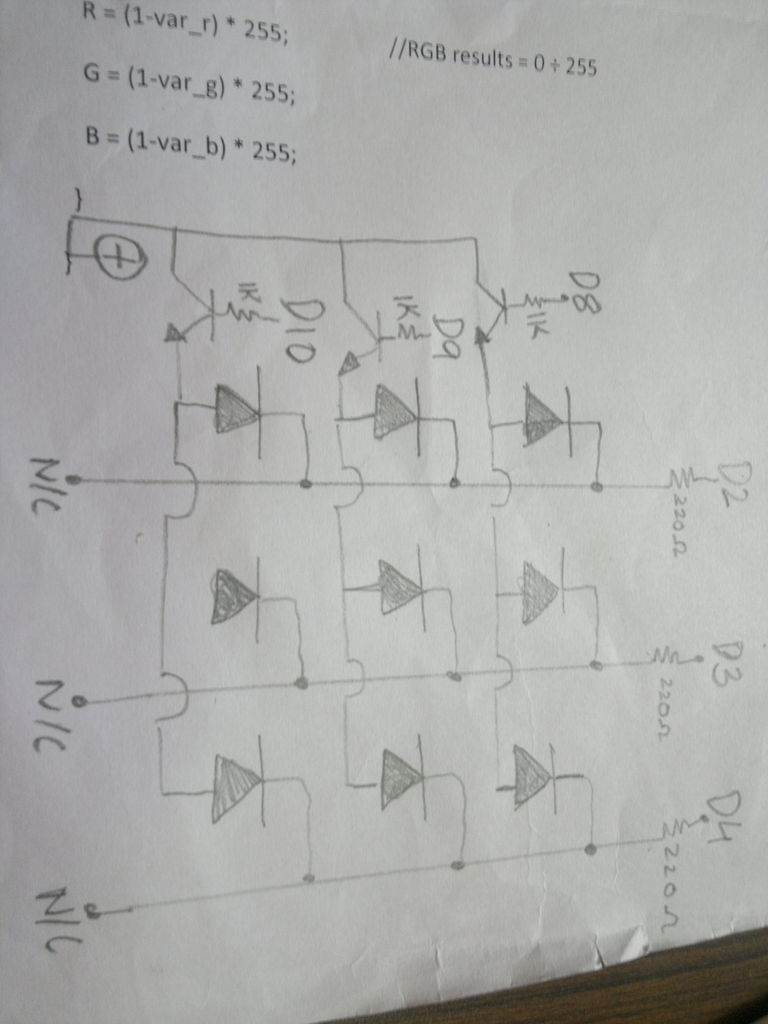 LED matrix is simple to make. The ‘Matrix’ here has nothing to do with Neo, Agents and Zion. Its just that the LEDs are connected in such a way that we can multiplex them. See the last diagram for the matrix’s circuit. It’s just like any other matrix. Columns are controlled by arduino via transistors. I used current limiting resistors of 270 ohms.

I didn’t solder LEDs and transistors directly, but used the socket. It a good idea- you can modify or troubleshoot later easily. After soldering the sockets, put the LEDs. Remember to cut off a bit of the LED’s lead so that it isn’t too long. Add the transistors too.

Be sure to test LEDs to make sure connection are good.

This Instructable will show you just how easy it is to add extra inputs to your Arduino. You can use...