Here’s a brief tutorial that should get you up and running interfacing your Adruino with a MySQL database. For the sake of this tutorial, I am assuming you know how to set up and use MySQL. This tutorial does not require much Python experience, but you will be required to install two Python libraries for this project. 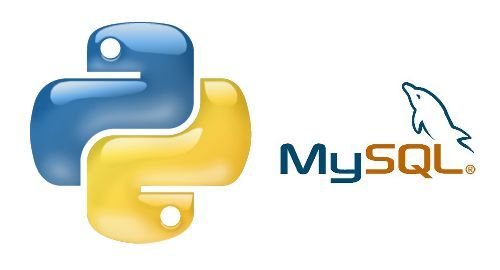 Glad we’re on the same page, let’s get to it!

First I’ll point you in the right direction for installing the required Python libraries. First you’ll need to install the pySerial library. Simply put, the pySerial library allows your Python script to talk with the serial port in which the Arduino is connected. I.e. you can kind of think of it as a stream connecting the Arduino code to the Python code (insert other silly analogies here).

2. For mac or linux users, download the file and extract it. Open terminal and cd into the extracted folder and run the following command:

This will install the pySerial package. (screen shot below)

Next, we will install the library to allow Python to talk with MySQL called MySQLdb.
I just want to note, this step can be very annoying, but very rewarding once completed. I have included a guide for you to follow, but I recommend you have MySQL, python, and XCode(or the latest GCC) installed before you try and install MySQLdb.

2. If you’re lucky enough, you should just be able to download it, extract it, open Terminal, cd into the folder and run python setup.py install, just as you did before. If this works, you’re awesome and you should awesome, but if not, this guide should help. Note, I had to do step 6 before step 3. 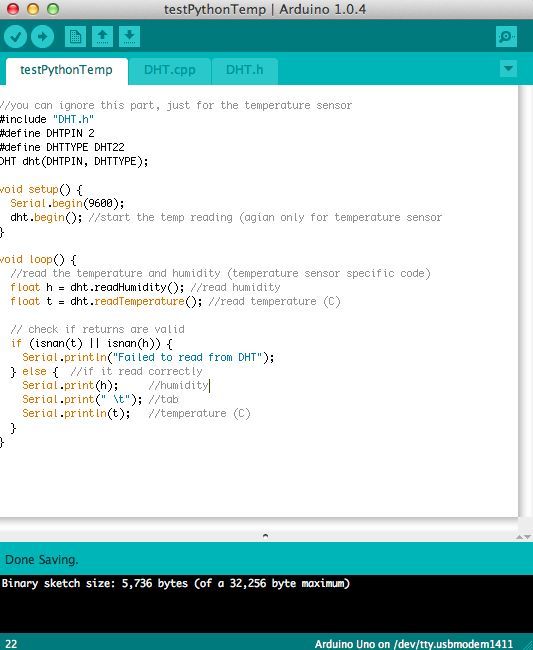 All right. Now that we’ve gotten all of the annoying steps out of the way, let’s get to the fun parts!

For the sake of getting you up and running, I’ll keep this short and concise.

1. Let’s get our Arduino sending some output.

What we’re going to do is essentially send data from our Arduino for our Python code to process, so let’s first get our Arduino to send some data.

I have a temperature/humidity sensor lying around, so I’m going to take the readings from this and send them to my Python code.

It should be pretty straight forward. Again, I’m using a temperature/humidity sensor to get some data to send to the Python, but this could obviously be substituted with anything other data; it’s just used as an example!

Note: the Serial.print lines are the data that is being sent to the serial port that the Python code will be grabbing and doing all the wonderful things with it.

Step 3: Let’s go ahead and set up our MySQL

Now that we have the code running on our Arduino, we need some Python code to talk to it, but first we need a MySQL database and table to store this data.

LDR Robot with IR and a Servo The LDR/IR Robot is designed to seek out light and avoid obstacles. The...