first of all we would like to thank the organisation and especially the main sponsor, Capgemini, which made all of this possible.

This project is a contribution to the first belgian Arduino Jam (2012).

During the Arduino Jam 2012, me and two other colleagues put our heads together to build an interactive logo. The idea was to use a lasercutter and a plate of acrylic with our company’s (and event sponsor’s) logo engraved. 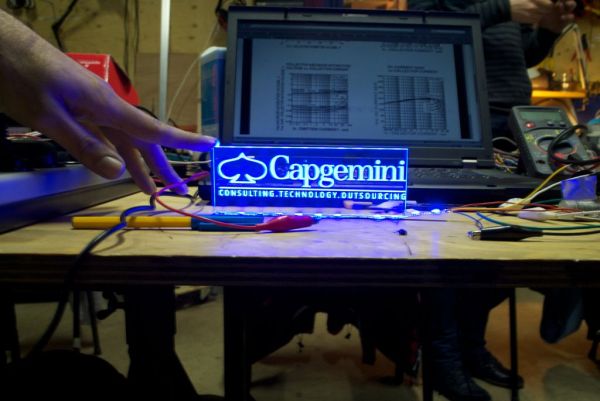 This acrylic plate was mounted on a laser cutted box with an Arduino inside which was used to steer an RGB LED strip.

The interactivity of the design consists of a randomization of the lighting sequence by using a microphone as input.

All the electronic circuitry was soldered onto a custom made stripboard that was mounted on top of the Arduino. This stripboard contained 3 bipolar driver transistors for driving the LED strips connected to the PWM outputs.

The first step in our project was the engraving of the logo. Therefore we did several tests.

Firstly we edited the logo using Inkscape to have something suitable for the lasercutter. After a couple of tests on the computer connected to the lasercutter, we quickly realised that the logo had to be supplied in bitmap format and imported into CorelDraw, as the lasercutter’s printer driver did not handle vector graphics very well.

We did some tests with cardboard to see whether the format and resolution of the created bitmap was good enough. After defining the dimensions of our plate, we tried it on plexiglass to see what kind of effect the LED strip underneath would give us.

The light seemed to diffuse nicely around the engraving: first goal accomplished!

The second step was to build the box enclosure for the engraved logo and the Arduino Uno.

Therefore we used a handy website (http://boxmaker.rahulbotics.com/) that allowed us to generate a simple box layout by supplying the required dimensions. 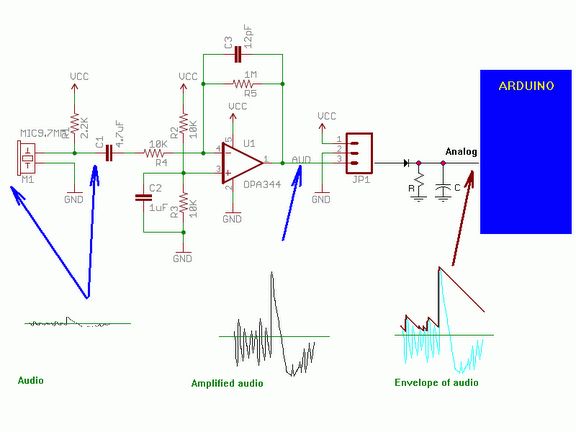 Again, we did several test drives on cardboard first (see pictures attached), and finally choose an MDF plate with a 3.5mm thickness for our final design. During the first run, we forgot to take the correct thickness of our material into account, which caused the sides of our box to fall apart! Finally, after three iterations, we managed to get it right and were proud to have all the components for our custom made project enclosure.

If you have access to a vacuum former, or have constructed a DIY one to use, simply vacuum form a...