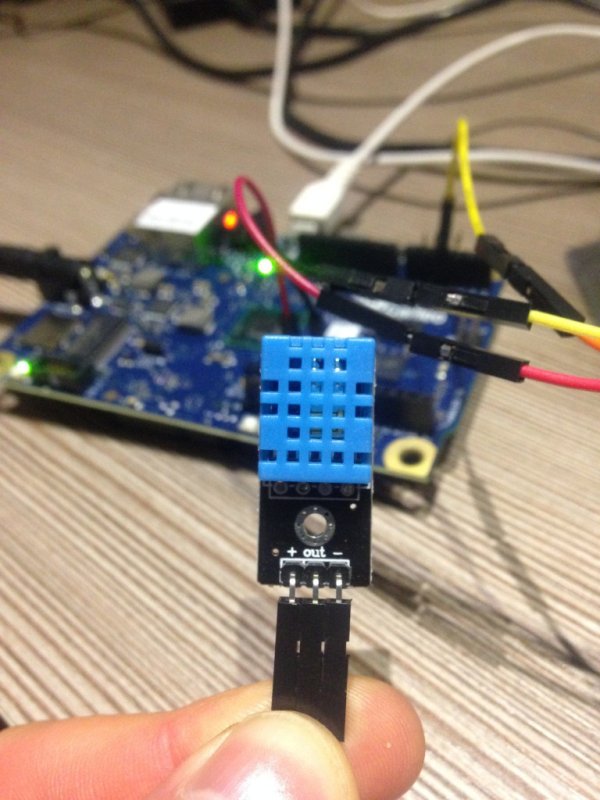 In this project I built a very simple weather station that records the temperature and humidity and saves these to a memory card. 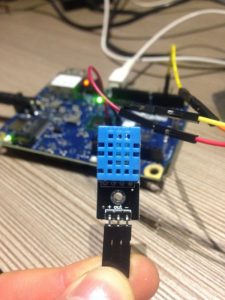 I’ll show you how to read temperature and humidity from a DHT11 sensor with the Intel Galileo. Then how to save these values to an SD-card.

The DHT11 is a cheap sensor for measuring temperature and humidity. It’s really easy to use with for example an Arduino. And since the Intel Galileo is in many ways similar to the Arduino, it’s also easy to use it for this project.

Here’s one place to buy the DHT11 sensor: Amazon.com.

Step 1: Get the Sensor Up and Running

I started out using Adafruit’s DHT library to get the sensor up and running. I tested it using a standard Arduino UNO, just to see if the sensor worked. And it did.

But when compiling for Intel Galileo, I got a few errors because of some AVR-specific calls. I fixed those errors, but still no luck…

Then I found this article that explains why the sensor does not work with the standard library on a Galileo. Basically it is because of the strict timing requirements of the one-wire interface that the sensor uses.

Since the Intel Galileo board runs an operating system, it can take more time to switch a pin from input to output than on a microcontroller.

The workaround is to add a diode to split the one pin into two pins. This way the Galileo don’t have to switch one pin between being input and output. Like this:

Learn how to add custom libraries to Arduino.

To write to the SD-card, you need to use the SD-library:

I had a 32GB SD card that I formatted to some Linux format, because that sounded like a reasonable thing to do (the board runs Linux). But the SD.begin() command failed.

So, I tried NTFS format.

But it still failed.

Then, after a lot of Googling, I stumbled upon the following article that says the SD card must be formatted in FAT or FAT32: http://www.hofrock.com/sd-card-issues/

I formatted my SD card in FAT32 format, and it worked.

OLED on the Cheap!

I like cheap electronics for playing. Cheap is good for budget conscious hobbyists and China is delivering lots of toys...