In this post, I will be reviewing a few basic IMU (Inertia Measurement Unit) sensors that are compatible Arduino. I will also give a short tutorial for interfacing an Arduino with the best IMU sensor available. IMU sensors like the MPU 6050 are used in self-balancing robots, UAVs, smartphones, and more. 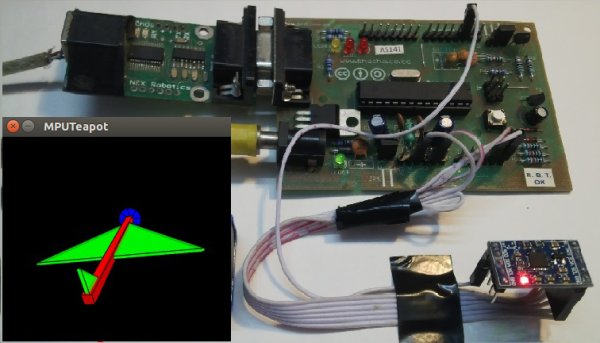 IMU sensors are one of the most common types of sensors used today in all kinds of electronic gadgets. IMU sensors help us in getting the attitude of an object, attached to the sensor in three-dimensional space. These values are usually in angles to help us to determine its attitude. They are used in smartphones to detect their orientation or in wearable gadgets like the Fit Bit, which use IMU sensors to track movement.

IMU sensors have a prolific number of applications. It is even considered to be an inexorable component in quadcopters. Some of the sensors I was able to get my hands on were:

I was able to work with both accelerometers and gyroscopes separately. However, they are not as accurate alone as when they are combined.  Among the lot, I found the Invensense MPU 6050 to be the most reliable and accurate IMU sensor. Apart from being significantly cheaper than the other sensors, the MPU 6050 performs better too.

In this tutorial, I will give you a basic introduction to the MPU 6050, demonstrate how it can be interfaced to an Arduino, and show you how to make a 3D model using the data from your Arduino MPU 6050. 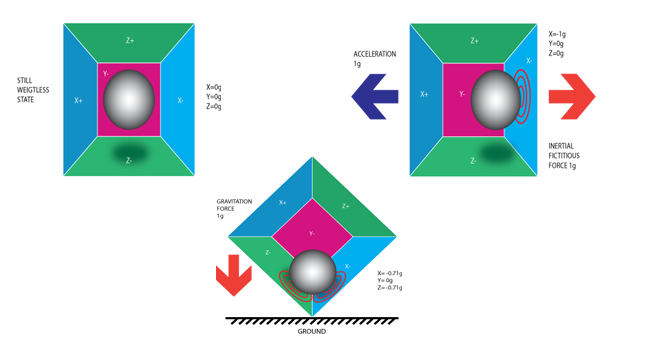 IMU sensors usually consist of two or more parts. Listing them by priority, they are the accelerometer, gyroscope, magnetometer, and altimeter. The MPU 6050 is a 6 DOF (Degrees of Freedom) or a six-axis IMU sensor, which means that it gives six values as output. Three values from the accelerometer and three from the gyroscope. The MPU 6050 is a sensor based on MEMS (Micro Electro Mechanical Systems) technology. Both the accelerometer and the gyroscope are embedded inside a single chip. This chip uses I2C (Inter-Integrated Circuit) protocol for communication.

How Does an Accelerometer Work?

An accelerometer works on the principle of the piezoelectric effect. Here, imagine a cuboidal box with a small ball inside it, like in the picture above. The walls of this box are made with piezoelectric crystals. Whenever you tilt the box, the ball is forced to move in the direction of the inclination, due to gravity. The wall that the ball collides with creates tiny piezoelectric currents. There are three pairs of opposite walls in a cuboid. Each pair corresponds to an axis in 3D space: X, Y, and Z axes. Depending on the current produced from the piezoelectric walls, we can determine the direction of inclination and its magnitude.

How Does a Gyroscope Work?

Gyroscopes work on the principle of Coriolis acceleration. Imagine that there is a fork-like structure that is in a constant back and forth motion. It is held in place using piezoelectric crystals. Whenever you try to tilt this arrangement, the crystals experience a force in the direction of inclination. This is caused as a result of the inertia of the moving fork. The crystals thus produce a current in consensus with the piezoelectric effect, and this current is amplified. The values are then refined by the host microcontroller. Check this short video that explains how a MEMS gyroscope works. 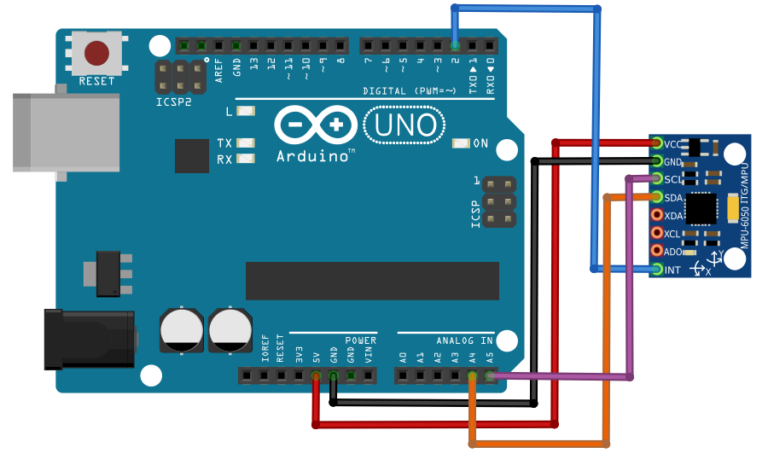 Uploading the Code and Testing the Arduino MPU 6050

To test the Arduino MPU 6050, first download the Arduino library for MPU 6050, developed by Jeff Rowberg. You can find the library here. Next, you have to unzip/extract this library and take the folder named “MPU6050” and paste it inside the Arduino’s “library” folder. To do this, go to the location where you have installed Arduino (Arduino –> libraries) and paste it inside the libraries folder. You might also have to do the same thing to install the I2Cdev library if you don’t already have it for your Arduino. Do the same procedure as above to install it, you can find the file here: I2Cdev library. 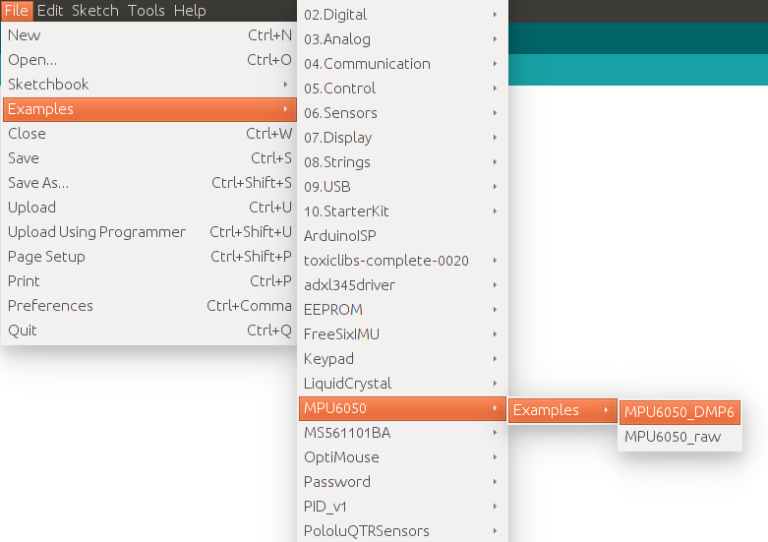 Read More: IMU Interfacing Tutorial: Get started with Arduino and the MPU 6050 Sensor

LM2596 based step-down DC-DC converter modules can be bought on eBay quite cheaply for around a dollar each. But how...