This instructable will show you how to create a simple servo leg that can be controlled by buttons on an arduino or via serial.
Here is a video of the leg in action    http://www.youtube.com/watch?v=Q8i1nrPIJvo 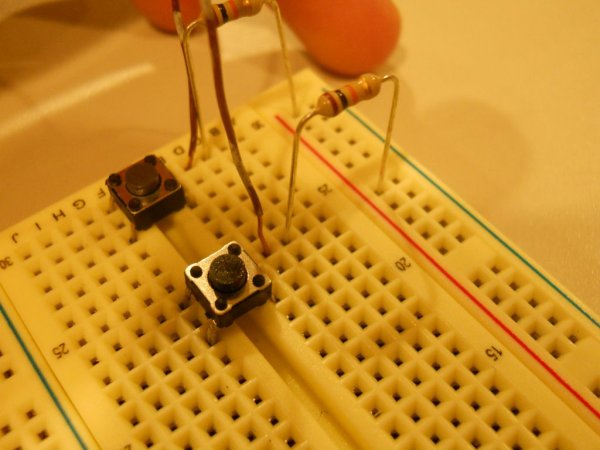 Leg Materials:
Popsicle sticks-make sure that all of them are flat and not curved, like in the picture
Paper clip
4 3mm screws
Servo motor
weights

Step 1: Making the parts of the leg

In this step, I will show you how to create the parts of the leg.

This step is about how to assemble the leg 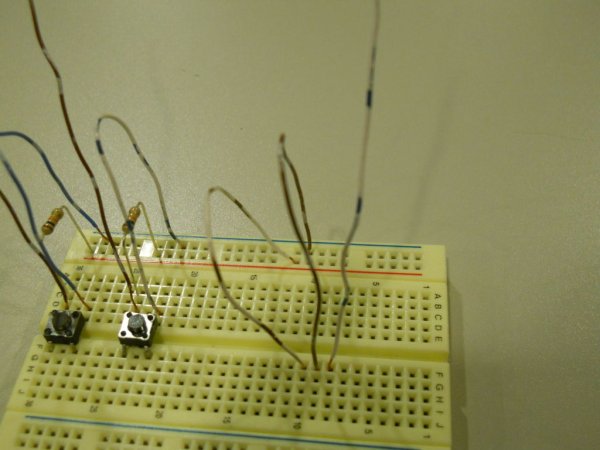 First, take the bases. On each end, measure from the inside and mark on the diagonal part 1/2 inch in. Do this for both sides on both bases. Drill a hole through these marks all the way through the base. First drill with the 3/32 bit, then go through with the 1/8 inch bit. this is because popsicle sticks are very prone to splitting and you need to be careful.
Next, mark a spot on each of the supports about 1/8 inch to 1/4 of an inch in. First, drill a 3/32 inch hole, then a 1/8 inch hole. Be EXTREMELY careful when drilling these holes as these are on the ends and splitting is even more common here! Drill one hole on each end of the supports this way.
To assemble this, line up the holes in one of the supports to one of the holes in the base. Place a screw through these (3mm should slide through fairly easily). Repeat this for each end and base. The end result should be a rectangle with flexible corners.
Finally, on one support, drill a 3/32 inch hole then a 1/8 inch hole about 1/2 inch up from the spot where the two sticks join into one. this is for the paperclip to go through.
Once the whole thing is standing, weigh it down with some sort of weights so it dosen’t topple when moved.

For more detail: How to make a servo leg using Arduino