As seen in MotoGP Race, the rider is seen riding through corners while laying aside his bike to the left and right. But there is an interesting moment when the motor looks to collapse sideward, the front views remain horizontally. How could that be?
Such onboard camera applies GYRO system, where the camera will be fixed perpendicular to the gravity of the earth. 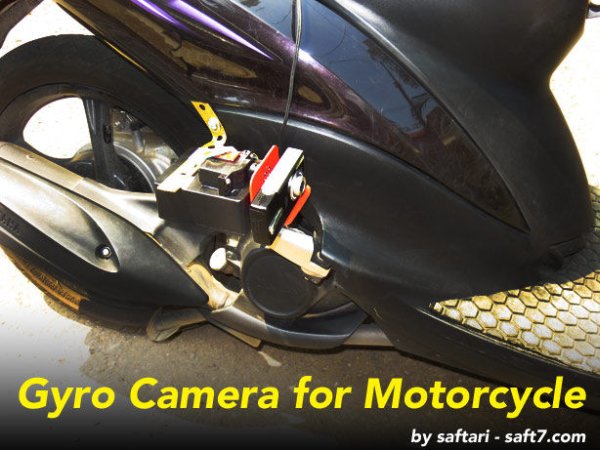 Step 1: BUILD YOUR OWN GYRO CAMERA

We could build our own Gyro Camera by using GYRO and ACCELEROMETER modules.
They are two separate modules, hence we have to use two modules simultaneously. Then we make Gyro Chip and Accelerometer Chip in one module (there are two chips in one module). In latest version they are made in one chip only, thus minimizing the distortion of movement calculation

In this article, the module is Triple Axis Accelerometer & Gyro Breakout – MPU-6050, which has 3-axis gyroscope and 3-axis accelerometer in one chip, supplied by power of 3.3volt.

If you using different board than Arduino Uno R3, SCL and SDA pins of MPU are also different:

After having completely assembled, it is time now to upload the program to Arduino.

This circuit is only to drive servo in axis-X only. However, data from Axis Y and Z are still required for the respective Gyroscope and Accelerometer. I tried to combine them by applying Kalman Filter calculation so as to reduce ‘noise’ output from Gyroscope + Accelerometer so that servo movement is smooth and no unwanted movement.

Building a device that clips to your belt

Our goal in this step-by-step instructable is to build a device you can clip to your belt and wear throughout...