FIZZLE LOOP SYNTH DOES IT WITH 555 TIMERS

For every project that uses an Arduino to make soup or an ESP8266 to hash bitcoin, there’s always someone out there uttering the same old refrain. I could have done it with a 555. More often than not, this is true, even if it is tangential to the discussion being had. In this case however, such a statement is moot. [lonesoulsurfer] has built the Fizzle Loop Synth, featuring not one, but three triple-nickel timers. 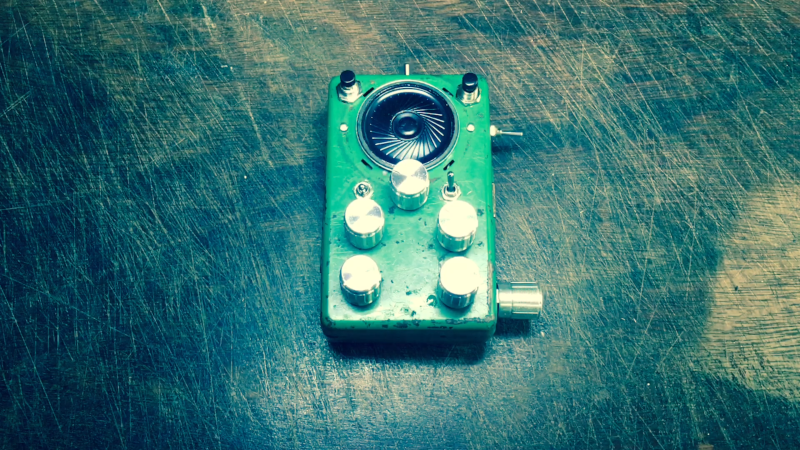 It’s a build that delights in both presentation and performance. The hardware is elegantly slotted into a vintage metal flashlight case, which is absolutely covered in controls. It’s an aesthetic that gives us an irresistible urge to start twiddling knobs and flicking switches. Inside, two 555s are set up as basic flasher circuits, each feeding a vactrol – essentially a resistive optoisolater. Inside is an LED, which is optically coupled to a light-dependent resistor. The LEDs are flashed by the 555s, and this creates a varying resistance which is used to feed a third 555 which generates the tones.

The final result is a fun little noisebox that’s capable of generating quite the variety of bleeps, bloops and blops. There’s an onboard speaker for noodling on the go, as well as a line-out if you need to record your work on external hardware. It would be great fun to hear this circuit hooked up to a modular synth, too.

For a history lesson on the venerable 555, we’ve got you covered. Video after the break.

Source: FIZZLE LOOP SYNTH DOES IT WITH 555 TIMERS

Share this:
READ  VOCAL EFFECTS ON THE ARDUINO UNO

CTRL, The Industrial Robot On Your Desktop

CTRL the robot is a desktop-sized robot arm that can do a lot! It enables your computer to perform manipulation...