In our last episode, I explained how I redesigned the controller from what I first thought I was going to do. Now, I am going to explain how to make your own thermal differential controller based on mine. As it is, this setup will only control an AC load, but it would be fairly simple to convert it to run a DC load. 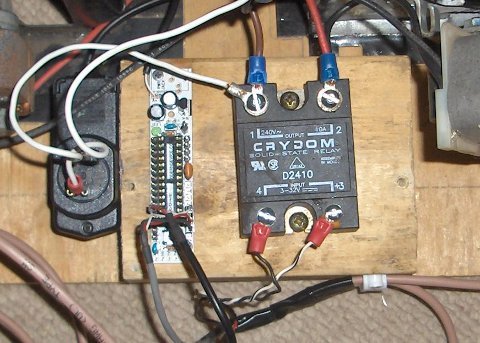 Here is the list of parts you’ll need. I’ve added links to where I like to get parts from.

Now that we have all the components, the circuit diagram is quite simple. Since it is so simple, to wire things up, I simply used some connectors on the arduino and ran wires to each component. That way there is no need for a bread board or shield.

Using the code should be pretty straight forward. I commented pretty throughly. To change the temperature differential to turn the load on, simply plug in a new number into the “int OnDiff =” line. By default its set to 3 degrees Celsius. The differential to control when to turn the load off is controlled likewise by “OffDiff”. There is an LED pin programmed to verify the load on/off status if you want to use it. There is also serial output for the two sensors if you want to uncomment it and datalog the temperatures.

Pinoco was hit with the holiday rush, so it took a few extra weeks to get my new batch of...