We all are familiar with dice and often played LUDO or SANP SIDI (Snake & Ladders) game by using dice. Dice is a squire type solid box which contains 6 different numbers on all of its sides. We throw dice on a surface to get a random number while playing the games. In this project we have tried to replicate it with a digital dice using arduino uno board. In place of throwing the dice, here we need to press a button to get a random number between 0 to 6. 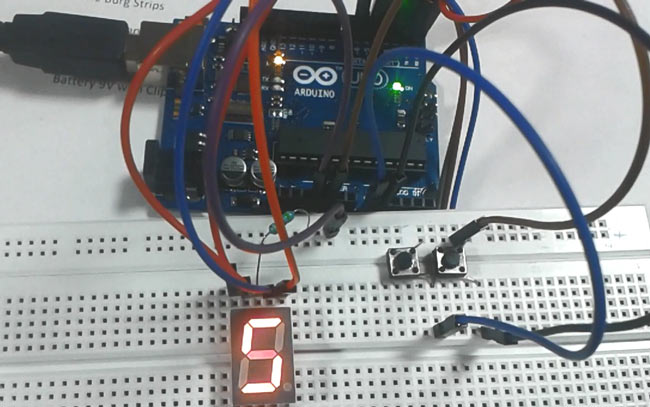 As shown in the above digital dice circuit, arduino is used for controlling whole the process. Two push buttons are used in the circuit – one to start the dice and other for resetting the dice. Arduino reads these two buttons and perform the operation. A seven segment display is used to display the dice result.

Arduino is continuously executing rand() function and stored its value in to a temporary variable. When dice button is get pressed stored value calculated and display on seven segment by using appropriate method (see programming part of article).

You must have seen automatic door openers in shopping malls and other commercial buildings. They open the door when someone...