After designing the “Clock Set Date Time” and hearing the suggestion of ArduPic , I thought it would be a good idea and also useful, add a “wake-up alarm.”

A small change to the code and adding a few components: Here’s “the Alarm Clock“.

Compared to the previous project, I added a buzzer Piezzo, a diode LED, a resistor of 220 ohms, a button and as said before, I listened to the suggestion of “ArduPic” and I removed the resistance to “pull down.” 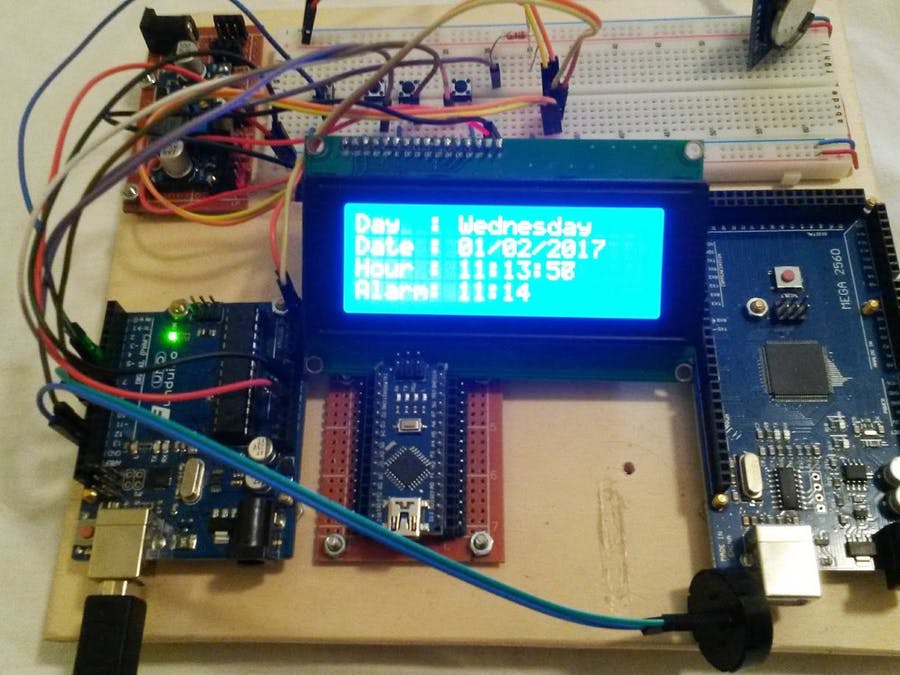 To remove the “pull down” resistances I had to make a change to the code.

Use the pullup resistors of Arduino, and reverse the code logic conditions.

The activation and deactivation of the alarm clock is controlled by the “P4” button, line 444 “void Alarm()”.

At the scheduled time, the display flashes, the LED lights up, and the buzzer sounds two tones.

To turn off the alarm, you have to act on the P4 button, or, after a minute, it turns off alone

I am attaching the electric schematic and the layout Fritzing 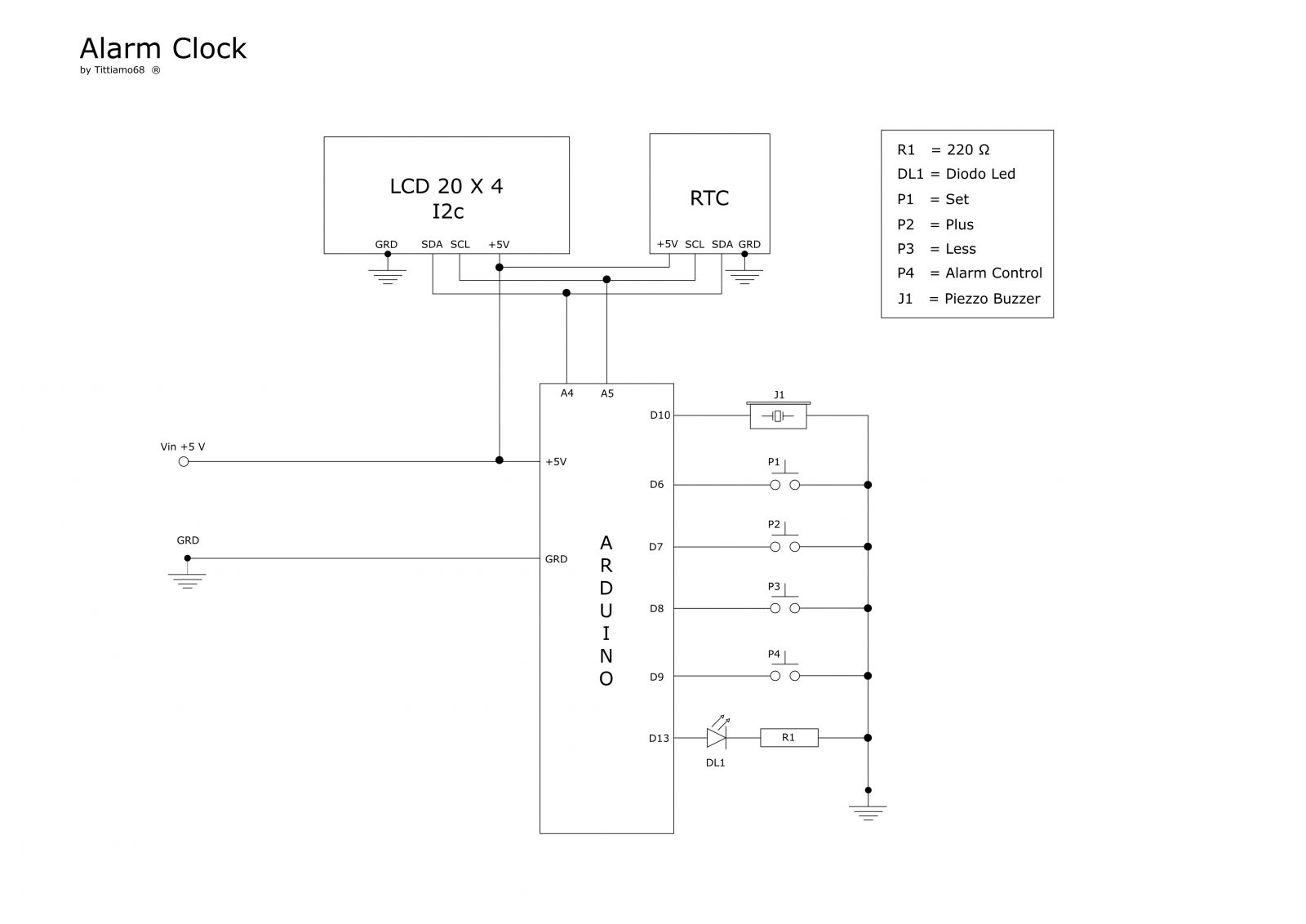