A couple of years ago i was learning to use the Ardiuno and started playing around with an Hitachi HD44780 based 16×2 LCD screen. I soon learned that the screen has 8 customizable character slots. I had found a project where someone used those slots to create there own custom characters that could then be used to form large character font using both rows of the screen. I didn’t like the look of those characters and couldn’t make since of the sketch that person wrote. So i decided i needed to create my own set and use my limited programming skills to create a more user friendly sketch to support my large character font.

In this Instructable i’ll show you how i designed my large character font and break down the sketch to make it easier to understand. But first we need to set up the Arduino and LCD. 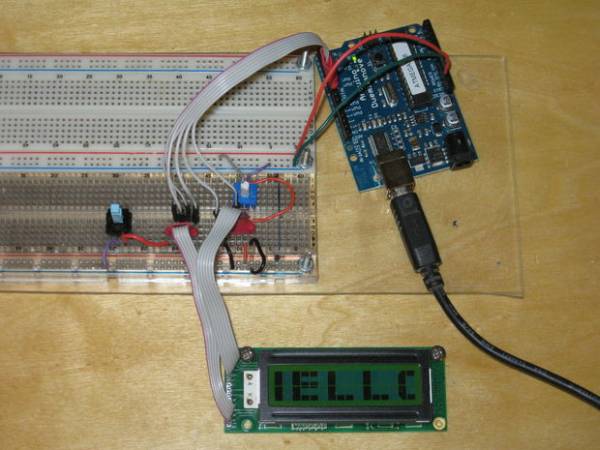 Step 1: Connecting the LCD to the Arduino

First i want to cover how to connect a Hitachi HD44780 based LCD screen to an Arduino. The first thing you need to do is identify Pin 1 on your display and figure out which pins you need. The first image shows a very simple layout for connecting the LCD to your Arduino. Here is the pin Layout for the LCD.

My LCD only had 15 pins which is fine since 16 should be tied to ground anyway. As you can see in the picture Vee is tied into a potentiometer. This controls the contrast of the screen. The data pins are the individual bits your writing to or reading from the register.

For the purposes of keeping things simple i wired mine up a bit differently. I like to use ribbon cable whenever possible to keep the clutter of wires down. I makes keeping track of the connections allot easier too.

With everything connected we can now go over how i created the fonts.

It then came time to think about the font design. What kind of segments would i need to create to make a nice and sharp looking large character font for this screen?

I wanted to start simple and get numbers out of the way first. I figured people would be looking for a good large font to use for an Arduino based digital clock or other project. So logically i started by designing the number 8 since all the segments that comprise the 8 can be mixed to create most of the other numbers. This used up only 6 of the custom blocks. But i still needed one more custom block to be able to display a 0, 1 and  7.

The images show the first generation of numbers i produced. A couple of changes where made in the custom blocks to make the numbers look better. I’ll show them in a later step.

After i had created the numbers i moved on to designing letters. I got request from people for letters that are commonly used in Temp, RPM, and Speed displays. So i went ahead and created the full alphabet. To get everything looking right i needed to use the final available custom character block.

The images show the first generation of letters i produced. A couple of changes where made in the custom blocks to make the letters look better. I’ll show them in the next step. 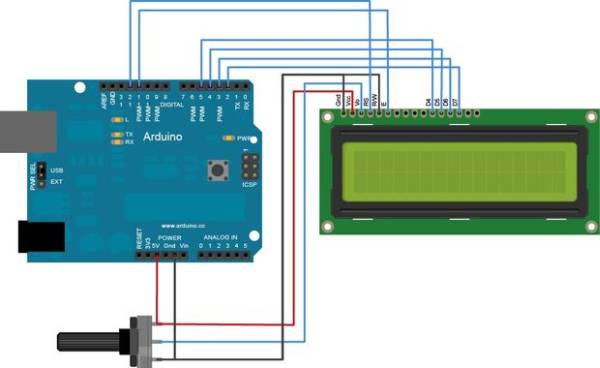 My first design for the letters where too rounded for my taste. I then learned how to call up the various predefined characters the LCD is able to display. So i pulled up the Data sheet on the Hitachi HD44780 driver so see the available characters.I noticed the last character is a solid block so i decided to use that in conjunction with the custom characters. I also need the blank character right above the full block. I made a slight adjustment to the custom characters i created and we where ready to build a sketch.

Here is a video of the original characters scrolling across the screen. Some changes have been made since this video was taken.