Since the IR Sensor uses a light sensor, the schematic is very similar to that of the light sensor. The only difference is the addition of an IR LED and that the IR detector requires connection to 5V and ground. 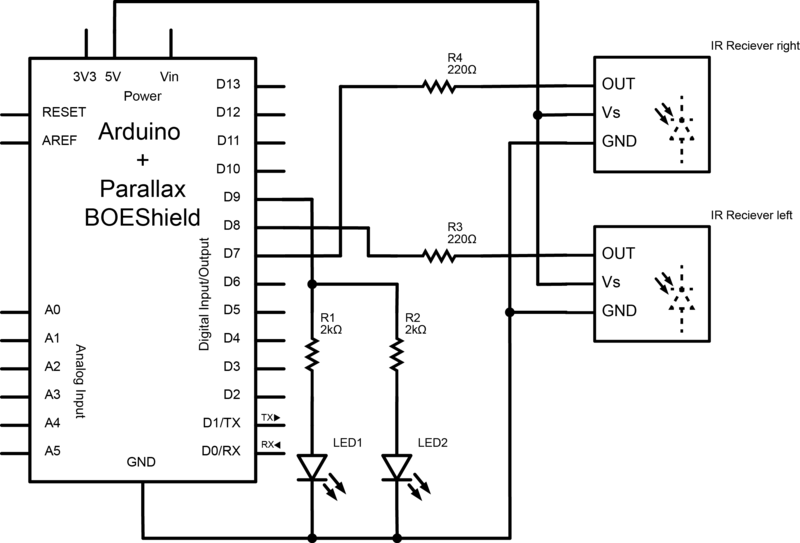 To setup the sensors you will need:

First we need to make sure that the IR LEDs are in their housings :

2) Press the LED firmly into the housing.

3) Place the smaller housing part over the LED.

Now we can place the IR LEDs into the breadboard. Note that the anode (longer lead, rounded edge) is the positive side and the cathode (shorter lead, flat edge) is the negative side. Reversing the polarity may damage the LED.

Now we can place the IR Detectors into the breadboard. The middle prong of the collector should be on the same bus as the LED’s cathode (in order to tie it to Ground). 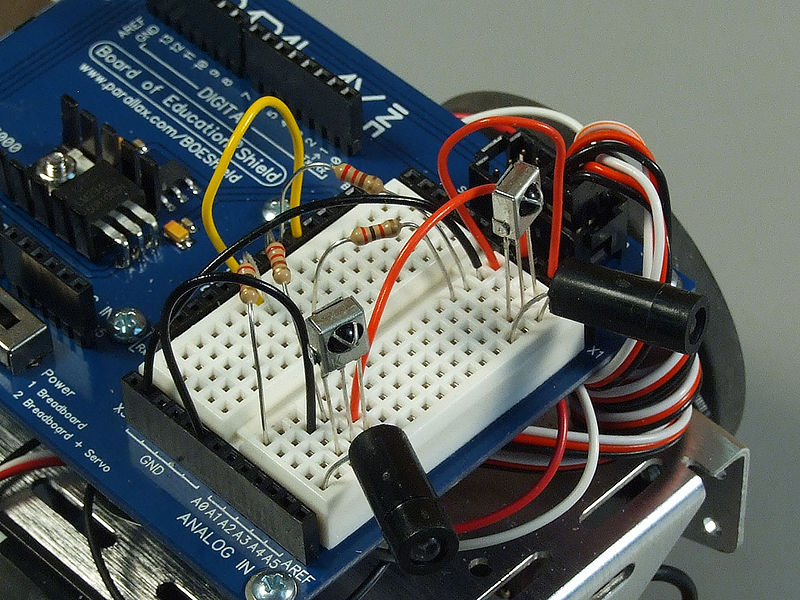 Remember, the IR LED’s are still a form of LED and will need a resistor in place to limit the amount of current flowing through them. This is especially important to remember with infrared LEDs because the wavelengths of light they emit are not visible to the human eye; it may be difficult to determine if they are working or not.