Chip technology behind the Bitcoin phenomenon

Ever wondered what the Bitcoin currency means to the electronics industry?

Well, there is a Bitcoin electronics ecosystem, and it seems to be growing.

An early developer of hardware systems for Bitcoin mining is US-based CoinTerra and it has recently expanded its business by acquiring Europe-based Bitcoin related software company Bits of Proof.

Dubbed the ‘virtual currency’, Bitcoin is a software-based online payment system which is based on open-source software. 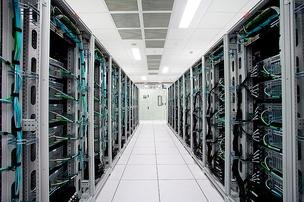 Mining is the name given to the process of creating a currency transaction and adding it to Bitcoin’s global database of transactions. Called the block chain, this electronic database confirms all transactions on the network.

Essentially this is the basis of the currency as it ensures that each Bitcoin is only spent once. The hardware, essentially a network of data processing nodes, not only records transactions, it must also validate transactions. This is called ‘proof of work’ validation.

The hardware must be secure and tamper-resistant.

In the very early days of the Bitcoin the transactions were processed on networked PCs, but it was inevitable that more bespoke hardware was needed as the financial network proliferated.

The hardware needs to be scalable, as Bitcoin processing nodes can vary in size. The network is inherently large and so there is a requirement for the hardware to be low cost and energy efficient. This is why Asic design has been adopted by CoinTerra.

CoinTerra, based in Austin, Texas, develops scalable data processing hardware for Bitcoin mining datacentres. Called TruePeta, the hardware is based on an Asic.

For more detail: Chip technology behind the Bitcoin phenomenon

The MQ-3 is an alcohol gas sensor that is available for about $5 from Sparkfun, Seeed Studio, and others. It’s...