If you’re a fan of the Harry Potter series then we also bet you were pretty taken with Hogwarts headmaster Dumbledore’s pensive—the magical object that could not only store memories, but actually let people fall into and re-experience the events. This week’s Instructables How-To from aspiring Tel Aviv-based hacker and inventor, Zvizvi, shows you how to make a box that stores audible memories, though the immersive experience is not included (yet).
It works like this—as soon as the wooden box is opened, the Arduino is powered on and the LED blinks, signaling that the box is ready for use. 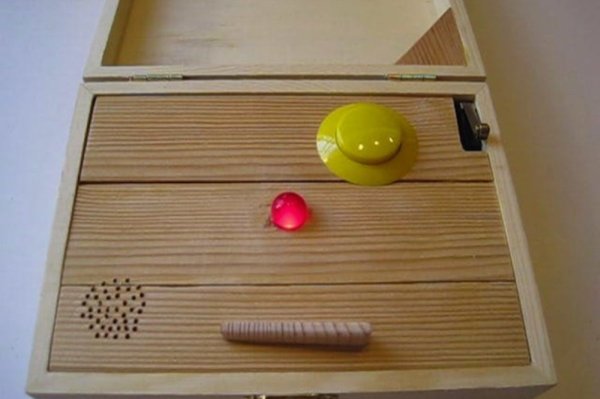 Pressing the button once plays a randomly selected memory, but be careful—if you press the button before the LED flickers, you’ll delete a memory. The project utilizes an Arduino (as previously mentioned) synched with a SOMO14D package for playing audio.

Build the circuit according to the above diagram, starting with programming and testing the Arduino, connecting it to the switches, LED, etc., and write a short sketch to test the components. Once it’s working, upload some sample tracks (memories) to the SD card, making sure to properly format them first. 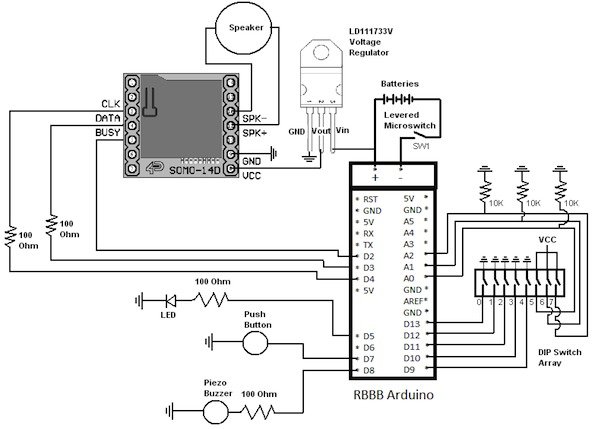 Prepare the top panel (same size as your box) from some scrap wood and set aside. Next, install the main on/off switch by soldering wires to the microswitch’s terminals, which will power on the Arduino when the box opens and switch it off when it closes.

READ  Bootload an ATmega Microcontroller & Build Your Own Arduino – 2

Attach the switch to the box, aiming to have the tip of the lever stick out from the box’s rim. Then cut our a small, flat wooden triangle and glue it to the adjacent corner. Now position and drill holes for the button and LED on the top panel and install speakers either below the top panel or on top of the box lid.