During the past spring a good friend of mine bought me my first house plant, a Lady Palm, and I’ve found myself rather invested in keeping it alive. To that end I wanted to monitor the plant’s environment so I could ensure that its needs were being met. 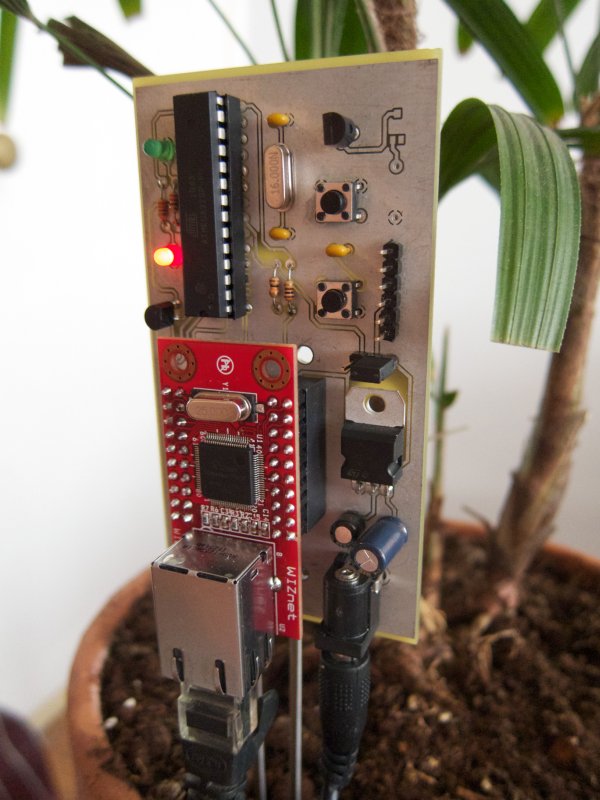 My first thought was another ITP project, Botanicalls, which is an open-source, Arduino-based networked soil moisture meter. In its original application, the device would communicate with a VoIP server and call the plants owner when it needed water, or after it had been watered in order to express its thanks.

I decided to design and fabricate a Botanicalls clone because I also wanted to measure ambient light, temperature, and humidity in addition to soil moisture levels. It also gave me a solid reference point from which to explore a software (EagleCAD) and process I had no prior experience with.

In the end I designed a board and had it manufactured by Advanced Circuits in Colorado. I purchased a pair of their Bare-Bones Prototyping boards to verify my design. I based my design on the latest version of the Botanicalls board, available in kit form through Sparkfun. It features an ATmega328 running the Arduino bootloader as well as all the requisite passive components. There is also a 2N-3904 transistor, which charges one of the soil probes while the other probe is connected to one of the analog inputs on the Arduino. The reading on that pin is the amount of voltage passed through the soil, which corresponds to the soil’s moisture level. 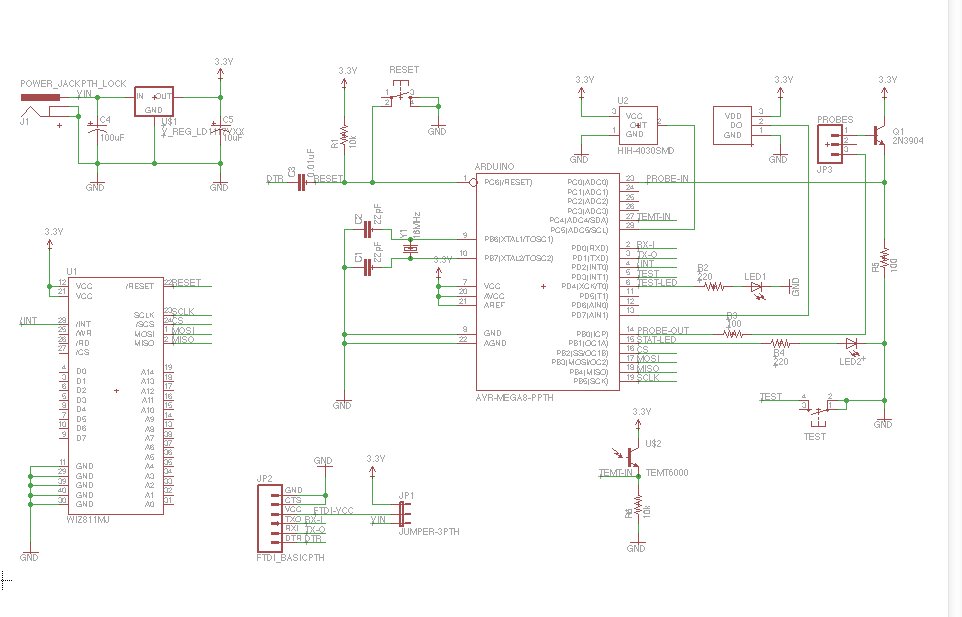 My design includes three additional sensors: an HIH-4030 humidity sensor, a DS18B20 digital temperature sensor, and a TEMT-6000 ambient light sensor. I wasn’t sure what the best placement for the light sensor would be, since there was a good chance that the plant itself would obscure incoming light, but left the sensor on the main board to see what kind of results I got.