Ghosty is an autonomous little robot who is adventurous and loves to explore his surroundings. However, unlike a normal ghost, he doesn’t like to scare people. Instead they actually scare him! In our most current version of Ghosty, his vision line is based on the data of two proximity sensor data reads. The difference between the data of the two proximity sensors determine whether the motors that control the wheels of Ghosty will go forward or backward and what acceleration (bigger difference equals greater speed). 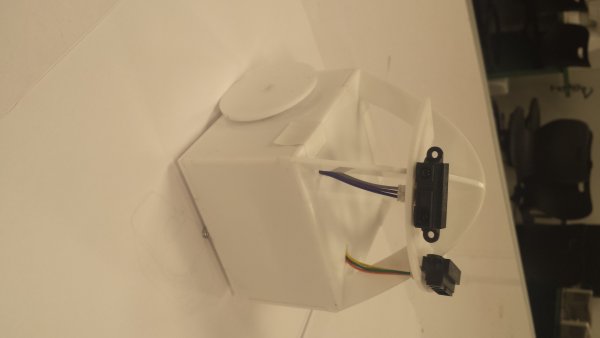 Upon reaching out to Dr.Ali  from prior iteration (Ghosty II), It was decided the DRV 8833 Motor Controller (source: http://www.pololu.com/file/0J534/drv8833.pdf ) would be best to control the motors for Ghosty. After working with Dr.Ali, a program that works with the DRV 8833 Motor controller was made. The Arduino was able to send data to the Motors was using the DRV 8833, which has the ability to drive two motors simultaneously and send signals from the arduino and relay them to the motor. 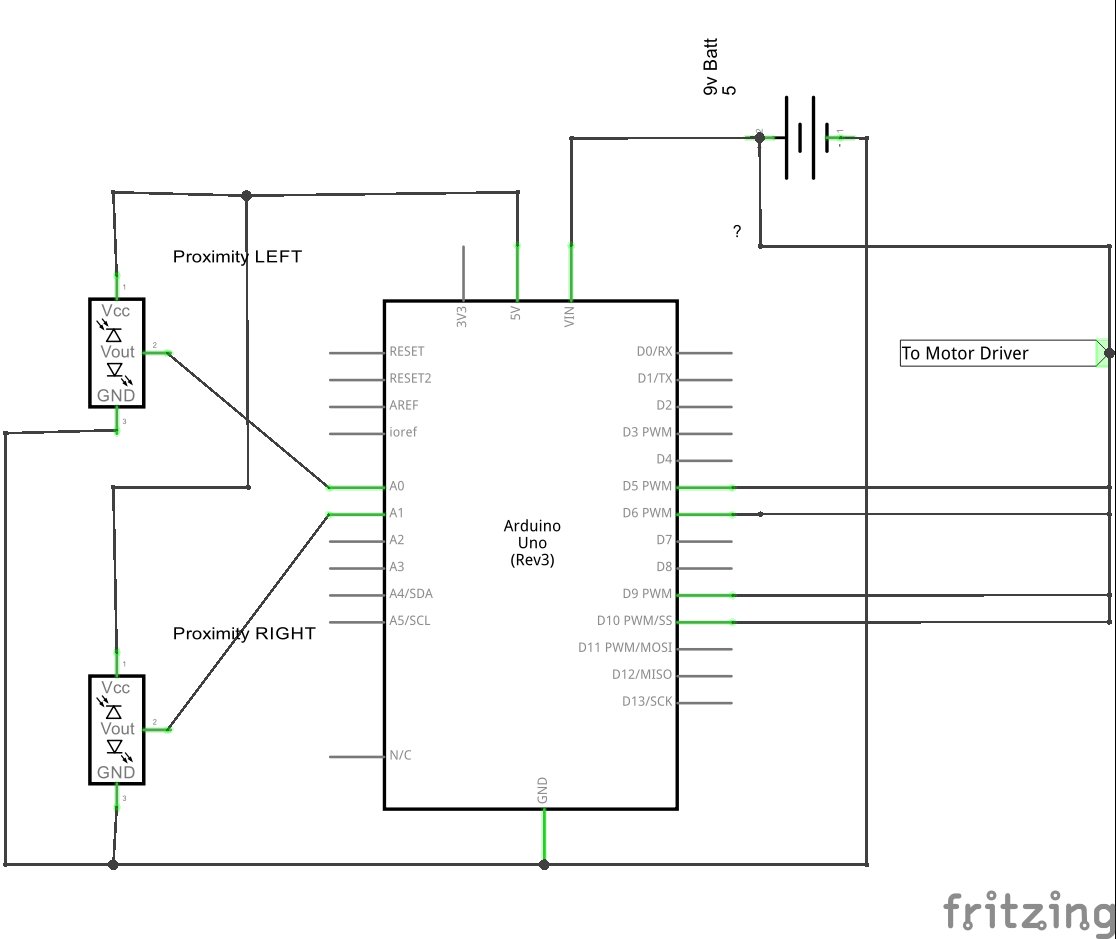 Originally in prior iterations (Ghosty 2) it was decided that the arduino would be controlled by pins 9/10 from the Arduino, such that if a proximity sensor read that an object is close, Ghosty will move its arms (servos) in an upward motion, however it was decided it would be more efficient to use these pins for motors instead. The servos were originally powered by A 5V Step Up Regulator. Code shown below:                ArduinoDistanceWithServo

Research was done in regards to integrate puredata in the 3rd edition of Ghosty using sensors & arduino, however, under given time constraints, it was decided not to.  http://forum.pdpatchrepo.info/search/arduino-sensors.

In embedded systems, oftentimes it is needed to generate analog outputs from a microcontroller. Examples of such include, generating audio...