I’ve been fascinated with joule thief circuits since I made my first one.  It’s amazing what all you can power from a single AA or AAA battery.  The only problem is you can’t do much beyond light up an LED because the current isn’t “always on”.  With a couple of extra components, you can take your joule thief to the next level!  While this circuit isn’t particularly useful other than draining dead batteries, it’s a good starting point for building more advanced circuits powered by a joule thief. 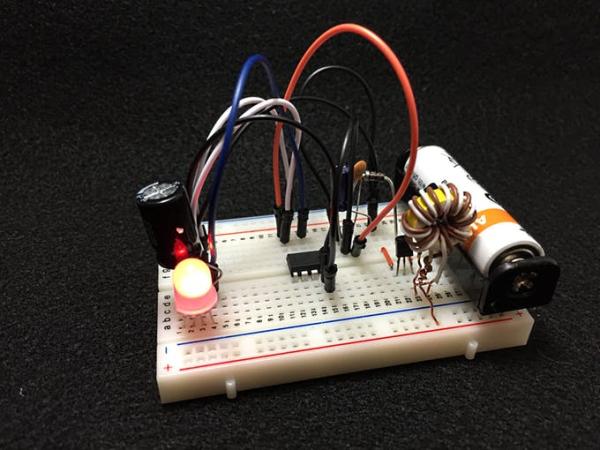 If you aren’t familiar with the (in)famous joule thief, check out Weekend Projects with Bre Pettis: Make a Joule Thief.

I am not an electrical engineer, but this project worked for me.  I didn’t fry or melt or electrocute or overheat anything that hurt me or the components.  However, take any necessary precautions to make sure you don’t hurt anyone (yourself included) or anything.

Flash the code for your ATTiny with with Arduino IDE.  If you don’t have the ATTiny stuff set up in the Arduino IDE, check out High-Low Tech’s Programming an ATtiny w/ Arduino 1.6 (or 1.0) guide.

Now that all that’s out of the way… 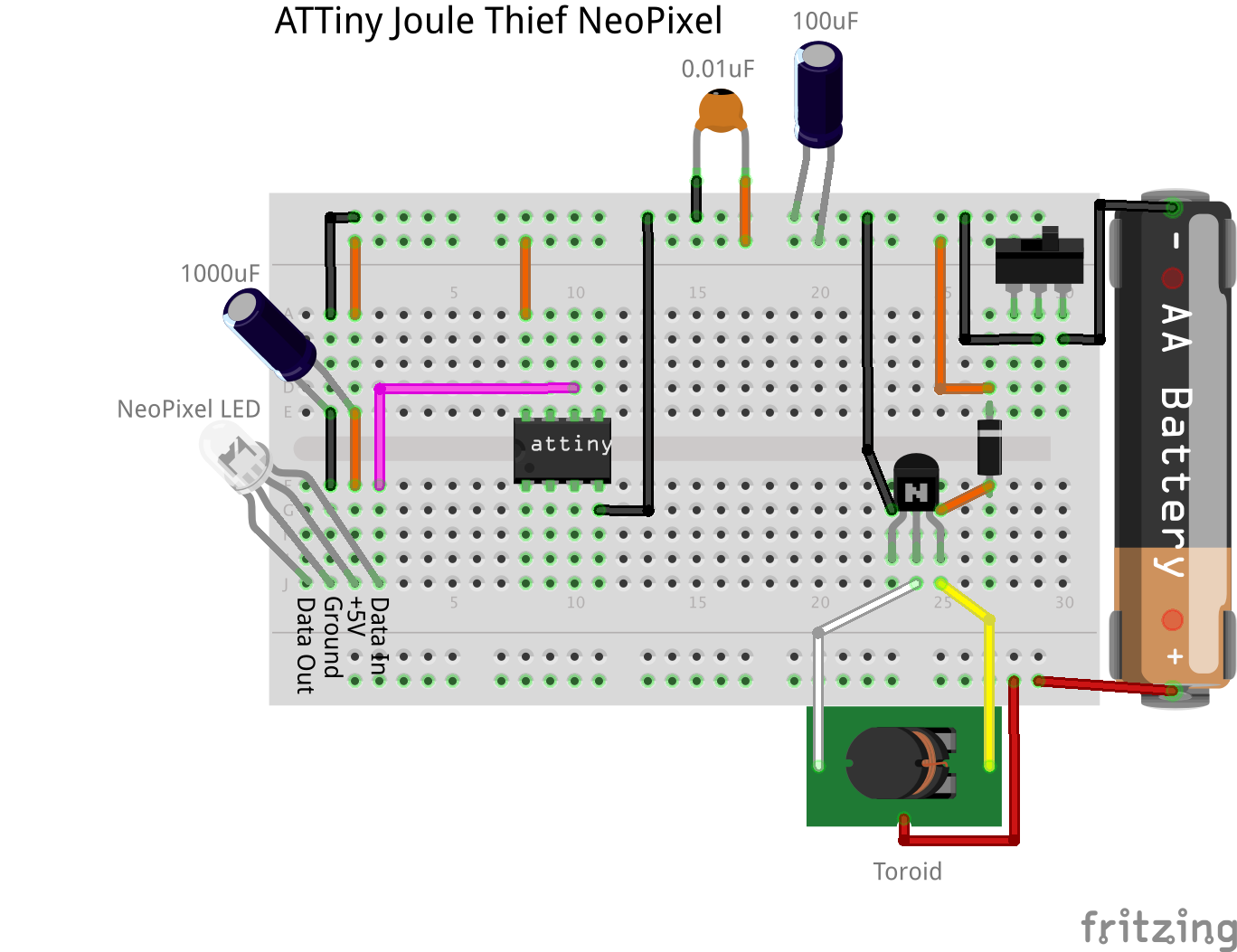 Assuming all went well, you should be able to turn the the circuit by toggling the switch.  If nothing turns on, make sure everything is wired correctly and your battery isn’t too far gone.  Once again, I am no EE, but this is a simple project that works.  It’s probably not the most efficient possible circuit, but it can be done by a relative beginner in an afternoon!

Makerarm: The Robot That Can Make Anything!

Meet Makerarm As makers, we have ideas all the time––to improve things, to make our lives better. But to make...