This instructable shows you how to use NES controller in Atari 2600 or ZX Spectrum (with Kempston Interface)  with the aid of an Arduino. 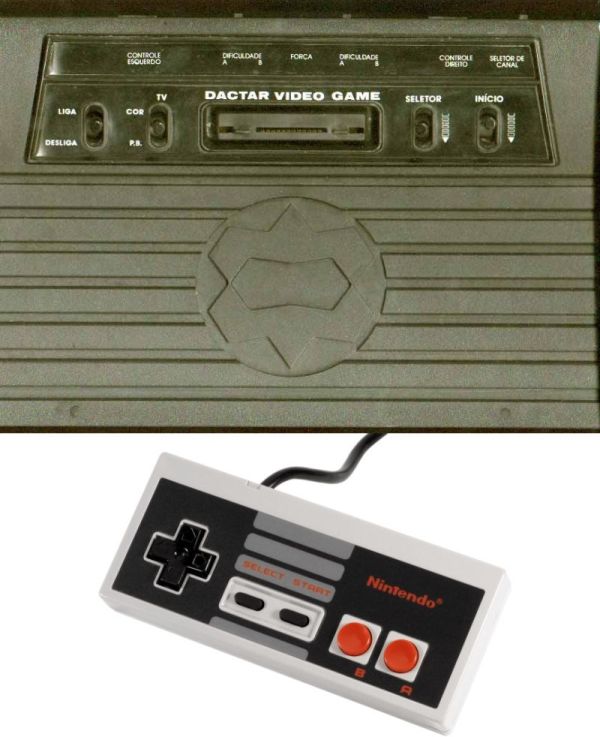 On the other hand, I had a spare NES ‘generic’ controller bought in a flea market that was working perfectly.

I thought about using a microcontroller to convert the serialized signals in NES joystick to parallel signals required by Atari 2600, but then I wondered that if instead of a custom microcontroller board I could use an Arduino. So other people without many skills in electronics could assemble their own adaptors with easy.

The circuit uses only the Arduino and a couple of connectors. The code is very small, so any Arduino board will do.  But either way here follows the list.

Of course is it possible to reuse the old Atari Joystick cable instead of the DB9 female plus wires.
It is also possible to cut the NES controller cable and connect directly to the Arduino, but you should identify the wires in the cable.

READ  Honey, I Shrunk The Arduino

Step 3: Programming the Arduino and doing some tests

Compile and upload the code below to the Arduino. It was developed using IDE version 0.22. Before connecting the circuito to the ATARI use use a Dongle to verify the correct behavior of the circuit. The leds in the dongle shall be activated according with the buttons in the NES controller. Both action buttons are mapped to the same (and sole) Atari button. For the test with the dongle it is necessary to power the Arduino board. 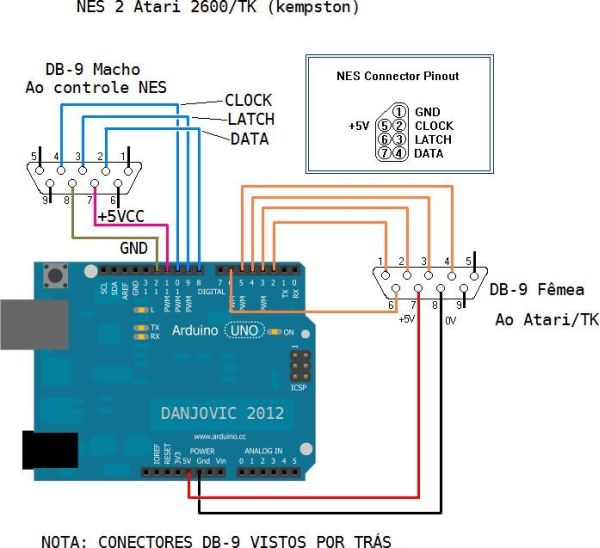 /*
ATARI 2600 Joystick
Activates sequentially the following directions from an Atari 2600 Joystick
UP, DOWN, LEFT, RIGHT, TRIGGER

Overview In the first serial lab, you sent data from one sensor to a personal computer. In this lab, you'll...