The bar graph – a series of LEDs in a line, such as you see on an audio display – is a common hardware display for analog sensors. 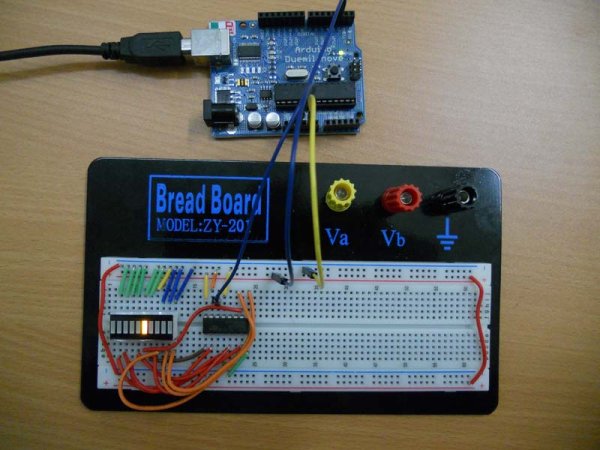 This tutorial borrows from the For Loop and Arrays tutorial as well as the Analog Input tutorial.

The sketch works like this: first you read the input. You map the input value to the output range, in this case ten LEDs. Then you set up a for loop to iterate over the outputs. If the output’s number in the series is lower than the mapped input range, you turn it on. If not, you turn it off. 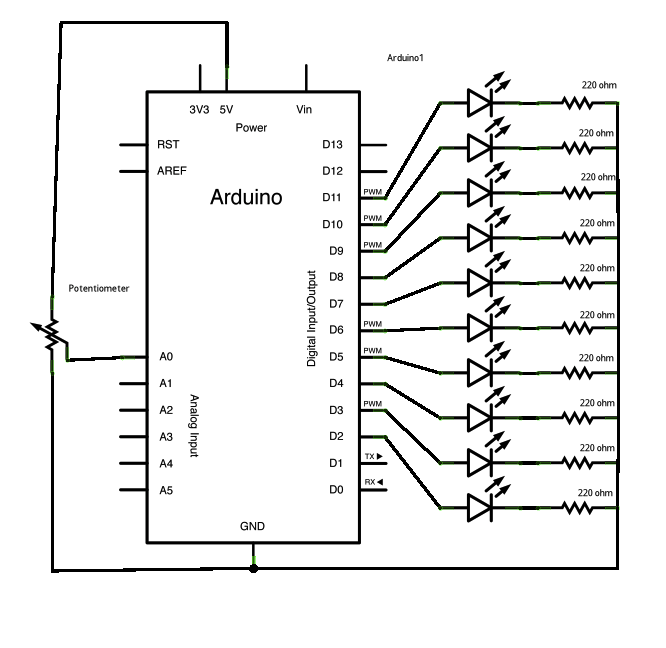