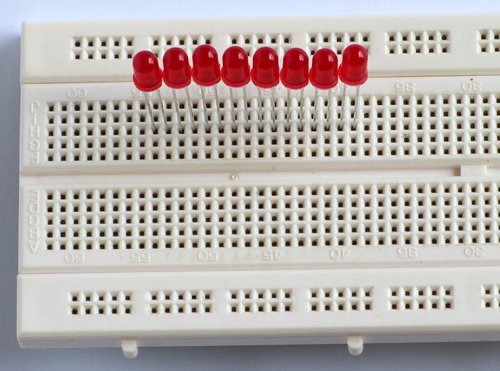 The following video shows what you will achieve:

You will need to have completed tutorial 3 and its prerequisites before attempting this tutorial.

Besides a breadboard, Arduino Uno and USB cable, you will need:

The circuit diagram is shown below. It is simply eight LEDs interfaced to the Arduino pins 2 to 9.

Place the LEDs next to each other in the breadboard so that the anode (longer lead) is at the left and the cathode is on the right. 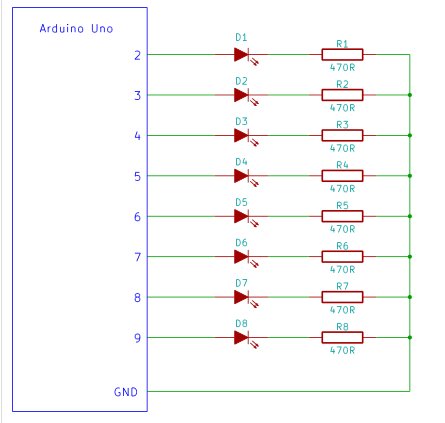 Insert the 470 ohm resistors connecting one lead to the LED’s cathode and the other to the top rail.

Join the anodes of the LEDs to pins 2 to 9 of the Arduino from left to right using single-core wire. Join the top rail to one of the GND pins of the Arduino.

Dust Cleaner will blow away dust for a 1/3 price

Compressed gas for cleaning - Dust cleaner, brings huge savings for the price of small limitations.   The name of...