What is Arduino – Introduction to Arduino for Beginners

In this article, we explain the basics surrounding arduino. As the title indicates, this article is for absolute beginners in the world of electronics and for people who are beginning with arduino boards. 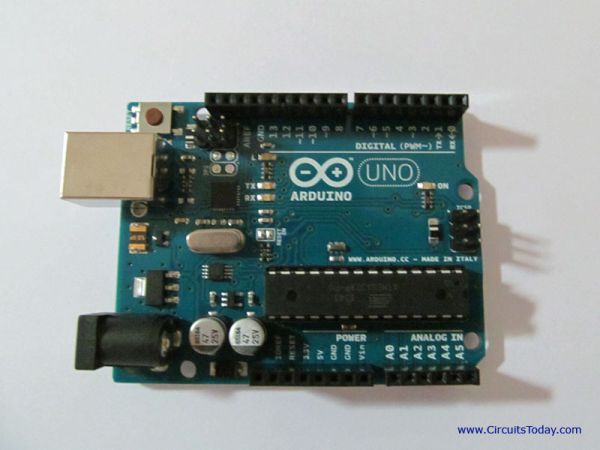 What you can do with Arduino

“If you can imagine it, you can create it” – these lines best describes arduino. You can build any kind of interesting projects and applications using your arduino board. Let’s see some examples:-

1. A 4WD Robot with Remote Control – This is an interesting robotics project built using an arduino compatible board. The remote control in this project is created using the XBEE radio. You may see the video given in the project article to see how the robot operates.

2. GPS Cat Tracker – is another interesting project created using TinyDuino (another arduino compatible board). This project helps to track any moving object or living being using GPS.

There are hundreds of different projects that you can try with arduino. I have listed just 2 of them. In the coming days, we will be publishing many different projects based on Arduino. Subscribe to our Email Newsletter to receive exciting new projects in your email.

Arduino was originally designed for non technical people. In fact, the founders of Arduino designed it for creative people like visual artists, digital designers and the likes. It is very clear from the book written by one of the Arduino founder Massimo Banzi. If you read his book on Arduino – Getting Started with Arduino, you will find things explained at the simplest level possible using real world analogies any common man can understand. I will reproduce the main lines written by Massimo Banzi in Chapter 3 of his book – Getting started with Arduino.

For more detail: What is Arduino – Introduction to Arduino for Beginners

Thanks to everyone who supported this project and voted for it in the Arduino Challenge! I was awarded second prize...