In some of my previous Arduino instructurables I have show to the Arduino beginers on how to control servos in different ways.
And in my last instructurable I have show the modification of a Parallax servo for a 360º rotation.
So in this one I will show Arduino beginers the use of those 360º rotation servos.
With that in mind we will make our first ROBOT. It will be a simple bot called The DrawBot
For the some of the materials just look around the house and recycle it for the DrawBot to be made
NOTE: The code and the idea was taken from around the internet. And again there are tutorials showing you this simple DrawBot or the 5 Minute Drawbot but they’re not clear enough for the beginner. All the electronics were bought @ RADIOSHACK. 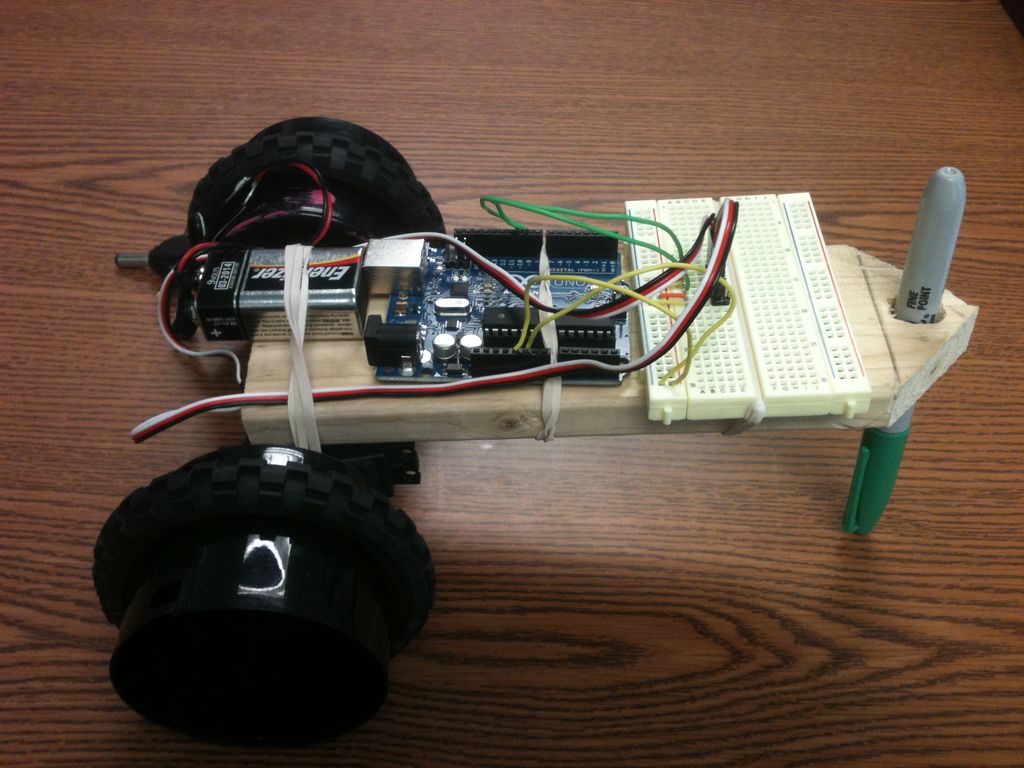 The following will be divided in categories and in no particular order:

Tools:
1.  Drill with a drill bit (size depends on the diameter of the marker)
2.  Screwdriver to attach the wheels to the servos.

Cut a piece of wood. Mine is 8 inches long. Then drill a hole in one of the sides ( I was drilling and measuring with the marker so it could fit in the hole. But the key is not to make the hole too big so the marker would’nt be loose as you see on the picture. If is loose in the hole the just add a piece of tape around it to make the marker more thick for the hole).
The piece of wood I am using is a 2” wide by 1/4” of thickness.
You can use whatever you got (plastic, metal or even a good piece of cardboard)

Use the rubberband to hold the breadboard in place as you see on the picture.

And again use the rubberband  for the Arduino as well.

Attach the two servos to the base (wood piece).
Also it is a good practice to write in the back of the base the letters L and R to make the final connections of the servos easy. 😉

Attach the caps to the servo arm with two screws. And the one in the middle attach it to the servo.
You don’t need to drill a hole here, the plastic is thin for the screws to go through.
Then add the traction to the caps, it could be electrical tape. ( I have use rubber tires from a lego)
READ  Make Wired Robotic Arm Edge to "Wireless" with DIY Arduino and XBee

The following connection is to provide power to the servos.
Notice that I have use a 12 pin connector to connect the servosto the breadboard.
ORANGE = 5V
YELLOW = GND 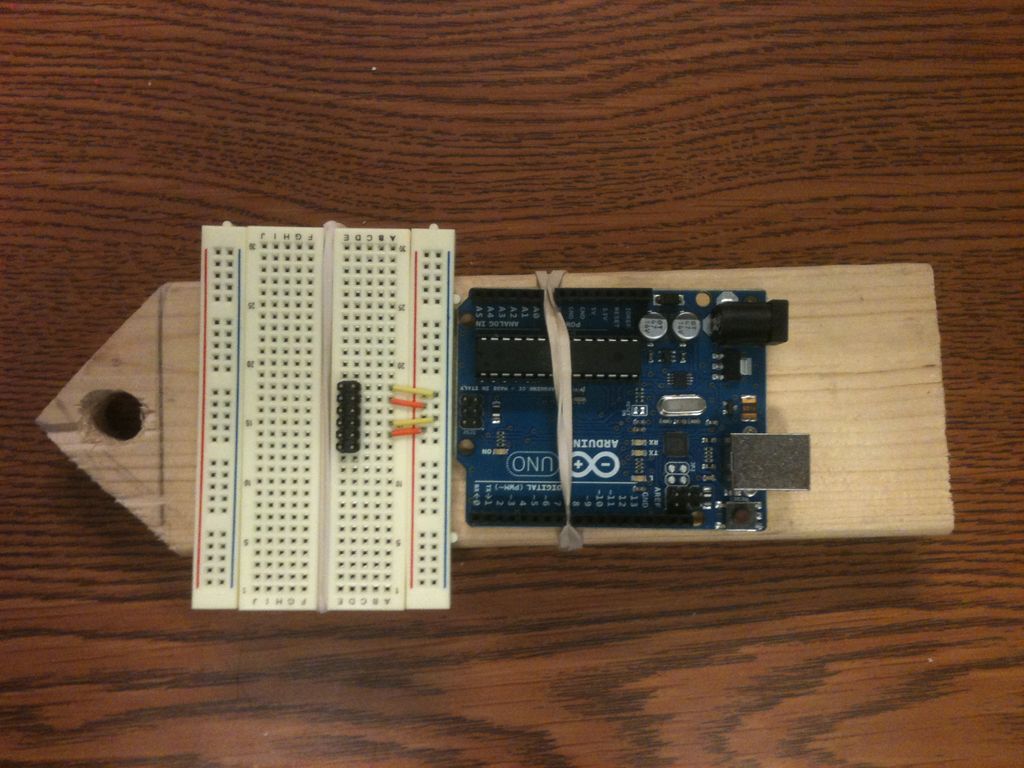 This instructable will show you how to create a dice using Arduino and few components. It's an easy and fun...