There are many Quadrotor Projects out there. But, they require a hobbyist to deal with the Frame Designing (Mechanical), a bit of Microcontroller knowledge as well as dealing with the Motor Control (Power Electronics). You may purchase a commercial Radio and a readymade Kit for flying. But, to Do-It-Yourself, is an achievement in itself. 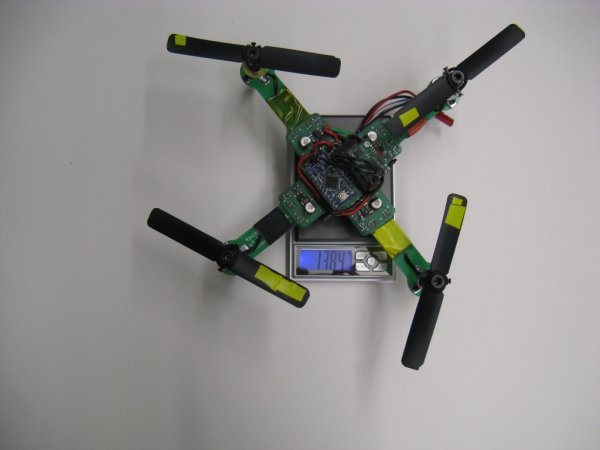 Here is a picture of a Quadrotor designed by Shane Colton using Arduino Pro mini as its flying brain. Shane is a Ph.D Student at Massachusetts Institute of Technology. On being asked about the Project, he replied:

When he says he build the quad from scratch, he literally did it. Neither did he use any commercially available Radio Control, nor did he use any Electronic Speed Controllers (ESCs). Instead he went for creating his own Brushless DC Motor Controller, that too, on the same PCB which acts as the Quadrotor’s Frame.

He spent a lot of time researching about propellor balancing as well as vibrations in the PCB. Here is a video:

For more detail: Arduino based Quadrotor on a PCB