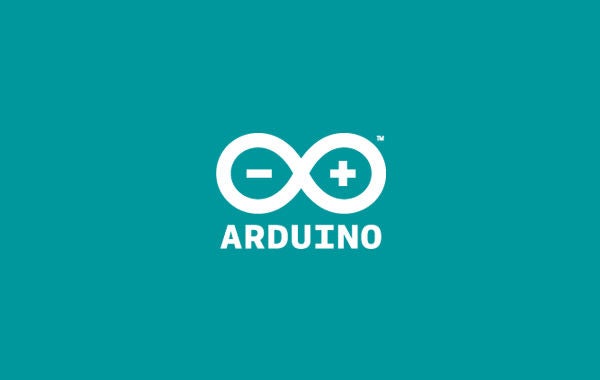 To get started with Arduino, you’ll need some basics. In this tutorial, we’ll go beyond a little blinky light and teach you about:

In another tutorial, I’ll cover classes and why we might use them.

But, we might still make a little light blink… Just because… Hello, World! Ok. Bad joke.

This will be fairly simple, but it will progressively get more difficult. I suggest breaking it in to parts and just going through one section at a time.

To do this, you’ll need a Tinkercad account (open www.tinkercad.com) and use Google to sign up (makes things easier) or just sign up with your email. Let’s get started!

I’ll embed the circuit design here for reference. It is basic, but it isn’t meant to be about electronics design but about interacting with various components using code features in Arduino.

Let’s setup the environment. Throughout this tutorial, we wont need much other than an Arduino. Check out the pictures above, but you’ll need to:

A convention is something all programmers do to keep their code clean and organised. You can adopt a certain convention that is published, or you can follow a general guide and define your own. If you’re starting out, it is best to have good code from the outset. If you’ve been programming a bit and have poor code management, then now is the time!

These are my (very basic) conventions.

In my opinion, the second is much less readable.

This is be no means exhaustive, but it gives most of the basics for what we need. Stick to your own styles and you’ll be able to create great code!

If you haven’t seen an Arduino before, or aren’t familiar with it, let’s look at the characteristics of the board and features of the environment.

First, the Arduino is a prototyping board with a microprocessor attached that is capable of controlling inputs, outputs and talking to other devices. It uses C++ as a core programming language. Take a look at the image. There are:

That’s the board. For the code, we have two critical functions. Let’s look at these.

This function runs once every time the Arduino loads, like when you plug it in to a USB outlet or you connect a battery. It only runs once and cannot be called (without potential problems).

The loop runs endlessly after the setup function completes, and it will not halt unless the board is unplugged, you accidentally crash the loop or exit it prematurely.

Whenever you start your code, you should delete everything in the Arduino IDE (an Integrated Development Environment) or in Tinkercad. Often, these programs put stuff in there to show you where to start, but it can get in the way, so clear it and that way you won’t run in to issues that aren’t yours.

A function is a piece of code that runs when we call it. They usually provide a return value, but in some cases, no value. We know this because the function starts with void. This means that compiler won’t expect a return value at the end of the function. If I was to write a function like this –

Then the function would be required to return a value of either true or false. Normally, in the loop() function, we do all the work we need to do. We can extract parts of this work into other functions, or we can create our own classes that help us attach objects we can interact with. We’ll do more in another tutorial, though!

The images above capture declaration of variables on the global scope. Wait, what?!

The global scope is like the root of the program. It’s a space where all functions can access your variables. This is good and bad. Sometimes, it can cause conflicts and sometimes, it can help functions communicate easily. Generally, you would declare variables here that need to be declared once and used many times. Try and only access/change/update them in one location, though. The idea is that if multiple functions are updating the same variable, then you might have an unexpected result or code that is really hard to follow, but we can get to that when we discuss functions. Let’s look at the code.

In this first line of code, we are doing three things. First, we name a variable onBoardLed. A variable is a bucket, and we can put stuff into that bucket as long as it is the same type. Array’s are a little different, but that’s for later. The second thing we are doing is using an assignment symbol. The equals sign indicates the variable will hold that value. In this case, we are assigning an integer – a whole number. Hence, at the start of the line we typed int. That makes this type an integer type variable. We can also use:

These are the main ones we will use in Arduino. For the time being, it’s unlikely we will even use an Array, but we’ll still cover them later.

When assigning a variable, remember that the value of a variable can be changed. So the following is valid:

This might have unexpected results. Let’s look at a better example.

In this example, I assigned the onBoardLed to a const int – a constant integer. This is no longer a variable but a constant, which means it cannot change. The first line inside SomeFunction would fail, because you’re trying to assign a value to a constant. Try it in Tinkercad! Type the code in and click Start Simulation. You’ll see the compiler will throw an error.

Delete the code from Tinkercad you typed in and go back to the two basic functions in the image above. You can re-type the constant for onBoardLed. You should have this:

The other place we can assign variables in within the local scope, which is within a function. If you do that, the variable is only available within that function and not by another. Let’s see an example.

The general principle is:

So, that’s variables. Let’s do a practical example on the Arduino.

I have a late 80's VW and the gauge cluster has 5 dummy LED locations underneath the other warning lights. ...