Cash rules everything around me.
C.R.E.A.M.
Get the money. 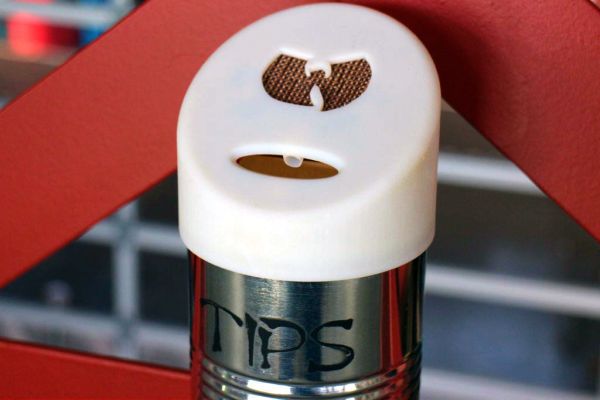 Arduinos are showing up everywhere. Even in space. But what about the lowly tip jar?
No.

Are Arduino projects giving the Wu-Tang Clan the proper respect they deserve?
Not even close!

Rectification.
That’s what this is about. 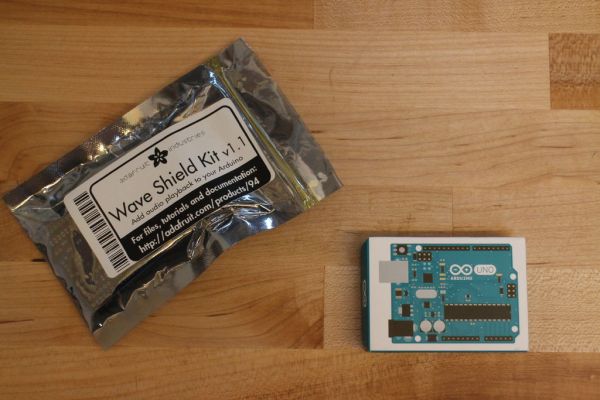 Here’s what you need.

Materials:
Can – My can used to hold beans. I ate those beans and kept the can.
Arduino
Wave Shield – Adafruit
SD Card – For holding the sound files.
Audio Amplifier – The wave shield has a really low volume coming off of the shield. You need to amplify it.
Ultra Bright LED
Photoresistor
1K resistor
300 ohm resistor
Spray Paint – I used a matte black
2″ speaker – Jameco
Scrap upholstery fabric for the speaker cover
M3-10 Bolts with Nuts

Step 2: Print the Wu-Tang Can Lid

Print it. On a 3D printer. I printed it one an Objet Connex 500… because I could. I modeled it on Autodesk Fusion 360… because I should (and would).

I ran lip test before printing out the full lid. I wanted to make sure that it would snap onto the lip of the can and stay on. First test print was a dismal failure (too small). Second print was successful. Huzzah!

The lid contains mounting for the LED and the photoresistor and snaps for the speaker. When I was putting attaching the speaker, one of the snaps broke off. Oh well. That’s what hot glue is for.

TL;DR Adafruit has all the documentation to do this.

I use the Wave Shield a lot. It is a fickle shield. I’ve spent so much time troubleshooting it that I’ve come across and overcome a lot of the limitations. I think it’s because of this that I keep using it. Adafruit has told me that they are redesigning it. I’m looking forward to this.

Here’s an earlier write up (step 2) on getting the Wave Shield soldered and tested.

The audio off the Wave Shield is enough for headphones but not nearly enough for the Wu-Tang Can. You could buy an small amplifier but I decided to make my own because I don’t like to wait for shipments to arrive. It isn’t conducive to my building method (as fast as possible to get it 95% finished and a few weeks of procrastination to finish the last 5%).

I used the standard (and simple) LM386 amplifier circuit. It has a gain of 20 which will be more than enough. If you max out the volume on the Wave Shield and the amplifier circuit, the audio will get very distorted. Clippin’ ain’t easy.

I also put in a toggle switch to turn it on (or off!).

The circuit below is for the LED and photoresistor coupling. When cash is deposited, it blocks the LED triggers the code to play the audio.