By popular request this is a new wireless version of the Visual Network Threat Level Indicator. This uses a Roving Networks WiFly RN-XV Module to do 802.11 WiFi along with an Arduino to display the threat level on your network. 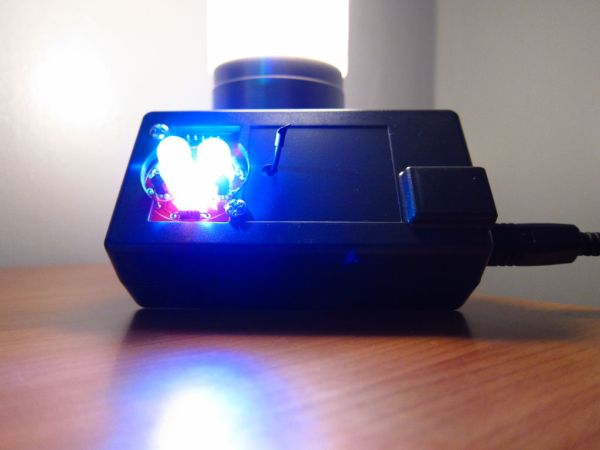 Network monitoring is very important in todays world. The internet is a scary place. People have taken steps to raise their awareness by installing Intrusion Detection Systems(IDS) such as SNORT.

The problem with most of these systems is that upon first installing them they are vigilantly watched. After a week the allure wears off and they are no longer monitored, silently churning away in the depths of the network.

By moving the visualization outside of the computer we make it easier to notice, providing the information at a glance and to a larger audience.

The Visual Threat Level Indicator (VTLI) requires a network connection and power. It does not need to be directly attached to a computer, this way it can be placed anywhere there is network access.

A python script is run on the IDS which connects the the Arduino and updates the display.

The VTLI process runs on the IDS and the Arduino.

The Arduino listens for incoming connections to update the display.

The IDS machine has a python script running that will look at the last 24 hours of the snort log to generate the threat level. It connects over the network to the Arduino to update the display. This should run out of cron an interval appropriate to the environment, 5 minutes is a good guess.

You will need to download the WiFlySerial code from arduinology.tumblr.com. Copy the WiFlySerial.cpp and WiFlySerial.h files to the Arduino library path (on a mac this is: /Applications/Arduino.app/Contents/Resources/Java/libraries/). Next open vtli-wifly.ino in the Arduino IDE. You will want to import the Credentials.h and MemoryFree.h files to your project. 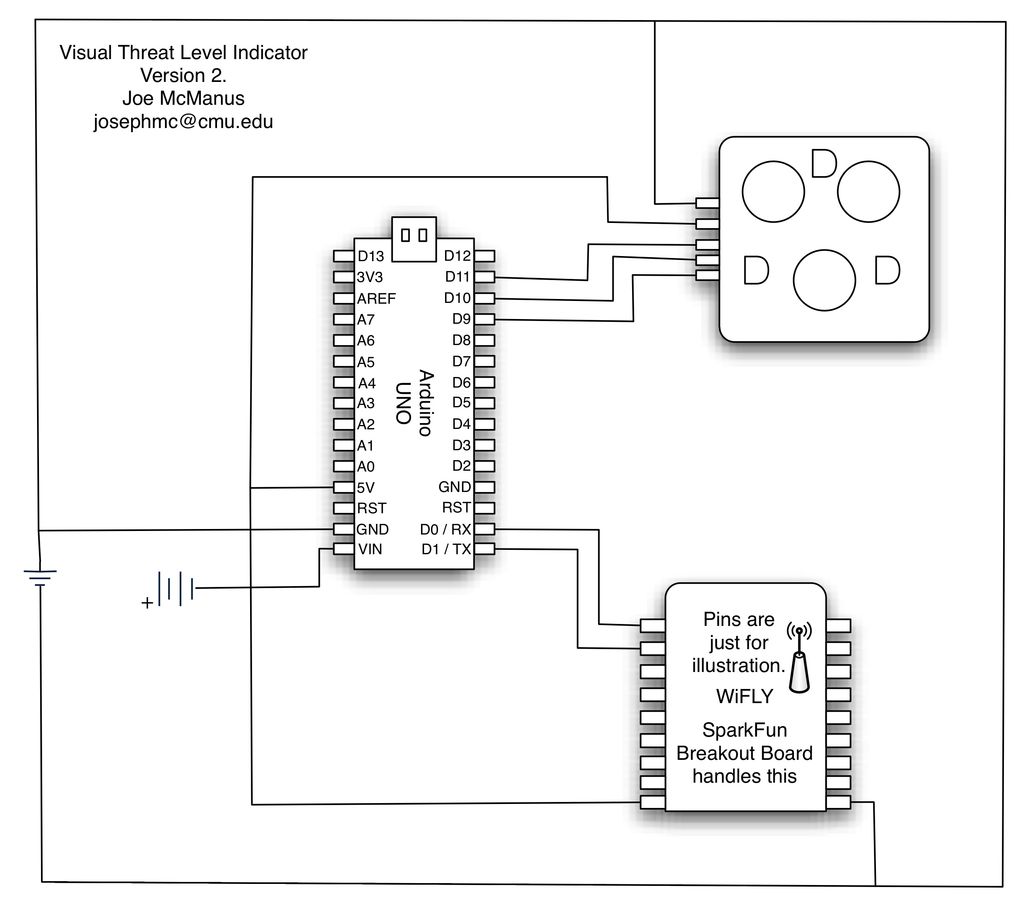 The WiFi credentials are stored in the file Credentials.h. Edit the passphrase and ssid variables.

A cheap WiFi interface for Arduino

Today’s tutorial is a bit different: I’m going to show you how to make your ethernet shield wireless! You can...