In this tutorial you will learn how to read the status of a digital pin of Arduino. I hope that you already go through our first tutorial, Getting Started with Arduino Uno – LED Blinking. In this example, a push button switch and an LED is connected to Arduino Uno. When we press the switch, LED will glow for 3 seconds. A pin is configured as Input Pin to connect switch and another pin is configured as Output Pin to connect LED. You need to connect PULL-UP or PULL-DOWN resistors while interfacing switch. 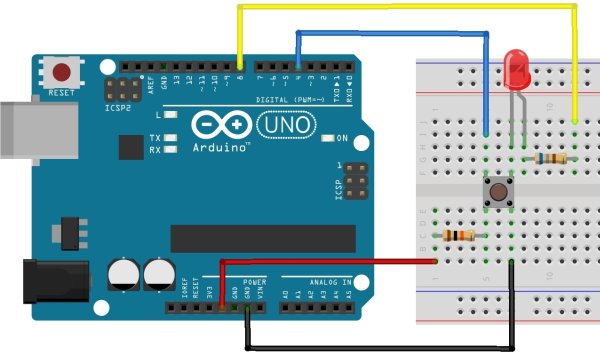 If we haven’t use PULL-UP or PULL-DOWN resistors, there will be an UNDETERMINED STATE (neither LOW nor HIGH) when the switch is OPEN. In this tutorial we will follow PULL-UP resistors.

Now we have two options to interface switches with Arduino :

This method is not recommended, but it is explained first just because it is easy to understand. In some cases you may forced to use External PULL-UP resistor. 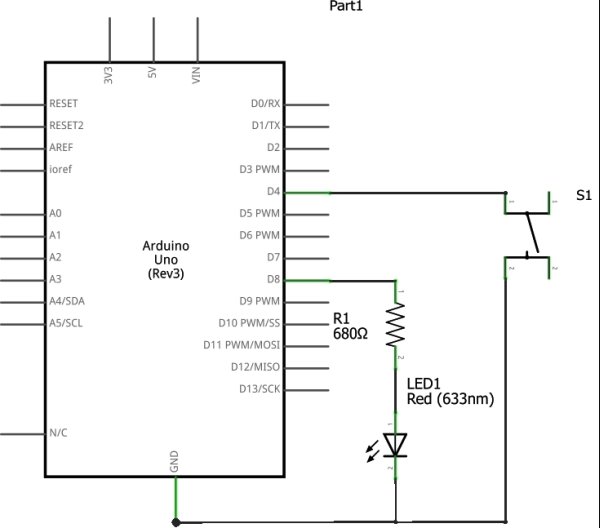 When the switch is off, pin D4 will be LOGIC HIGH state due to the action of PULL-UP resistor. Whenever the switch is pressed, pin D4 will switch to LOGIC LOW state since the closed switch will ground the pin. In the above sketch setup() funtion will run initially and sets pin modes. Then the loop() function will run as an infinite loop, which checks the status of the switch continuously. Whenever the switch press is detected, LED is turned ON and it is turned OFF after a 3 seconds delay.