What is infra-red (IR)? Infra-red is an electromagnetic wave who wavelength is between 0.75 microns to 1000 microns (1 micron = 1µm). Since infra-red is out of visible light range, we can’t really see IR with naked eye. However, there is a method to “see” IR which will be shown later on. Some of the infra-red applications includes night vision, hyperspectral imaging, and communications. We also use IR daily in our TV remote or any device remote. 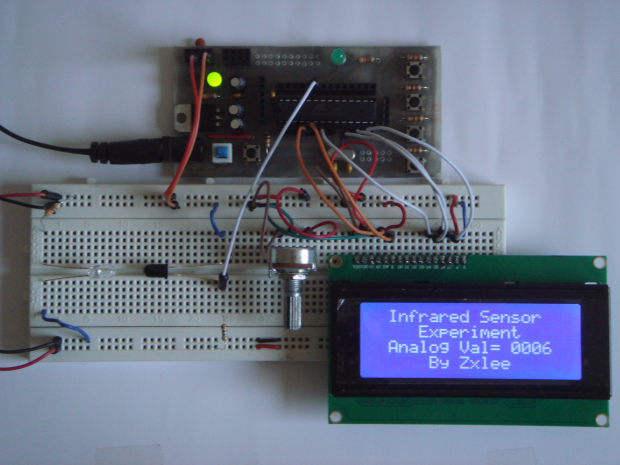 As mentioned before, there are ways to “see” the infra-red from the transmitter. All you need is a camera, be it from the phone camera or digital camera. Camera has sensor which can pick up infra-red, so you can use this technique to check whether your IR transmitter is working or not.

I am going to show two methods of using IR receiver. The first method is using comparator which able to convert it to either HIGH or LOW. Comparator is a device that compares two signal and outputs a digital signal indicating which is larger. More info on comparator available here.