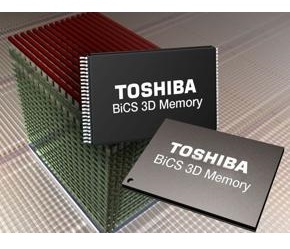 Since announcing the prototype BiCS flash technology in June 2007, Toshiba has continued development towards optimization for mass production. To meet further growth in the flash memory market in 2016 and beyond, Toshiba is proactively promoting migration to BiCS flash by rolling out a product portfolio that emphasizes large-capacity applications, such as solid-state drives. The company is preparing for mass production of BiCS flash in its new Fab2 facility at Yokkaichi, which is now under construction and will be completed in the first half of 2016.

Find more datasheets on products like this one at Datasheets.com, searchable by category, part #, description, manufacturer, and more.