Its lifetime may not be quite over yet, but the humble television is facing some stiff competition from the computer, as the 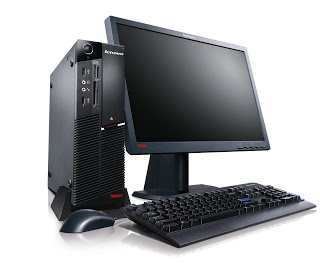 entertainment portal of choice. Widespread access to superfast broadband means that users are now able to stream films and television shows, download music and of course browse the net 24/7, from wherever they are in the home.

Around 94% of homes in America are now online, and the television is starting to lose its dominance as the most watched screen in the house.

Smart televisions may be the way forward for those looking for easy access to online services, but for many people the computer is the only, all-purpose entertainment device needed. Television networks have recognised that we are now becoming an online society, which is one of the reasons why so many shows are now also available via the net.

Print newspapers are in decline due to the implementation of online versions and of course, it’s becoming almost impossible to find those film rental stores thanks to film streaming! Desktop computers and even laptops are quickly becoming the only device you need for every form of home entertainment.
Entertainment at your fingertips

Read a book or a newspaper, watch a film or a television show, listen to music or speak to friends and family – these are just a few of the activities that can be undertaken online. Not only can you enjoy all of these activities but you can actually create them yourself using a computer.

People use their devices to have video chats with friends and family around the world or to shop and sell online or to get the most up to date news from every country in the world. The internet means we are no longer tied to just broadcasting from a few providers, giving us access to a more powerful means of both communication and, information.

Social networking hasn’t killed the television quite yet but sites such as Facebook have 1.3 billion users – that’s a fifth of the world’s population. Most television networks wish they were as popular as the major networking sites and a great many people spend hours online every day chatting via their computers.

This is simply another branch of entertainment through today’s technology, and it’s also the way many people now read the news, watch videos and conduct business. Again, this is just another way that online technology has stealthily crept in and become an important part of our lives, and daily entertainment.

In this project, we will go over how to build a carbon monoxide sensor circuit with an arduino. The carbon...