The Creator C120 dev Board

Although originally announced back in August, the Creator C120 development board from Imagination Technologies can now be pre-ordered for delivery in January 2015. This capable little board can run Linux and Android. The board’s hardware includes a dual core, 1.2GHz MIPS32 based processor, PowerVR SGX540 graphics, 1GB DDR3 memory and a 4GB flash memory. It comes pre-installed with Debian 7 and other Linux distributions will be available in the future, including Gentoo and Yocto, as well as a version of Debian 7 that complies with the principles of the Free Software Foundation. Users can also install the latest version of Android v4.4. 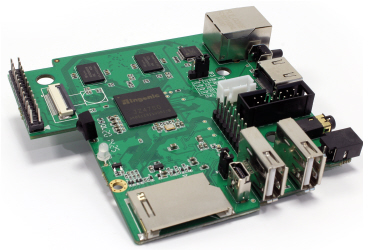 Creator CI20 also includes FlowCloud support for application development focused on the Internet of Things (IoT). FlowCloud is an IoT platform from Imagination Technologies enabling users to build solutions for a wide range of applications, including security, personal and professional health monitoring, energy management, cloud-based systems for content delivery and much more.

For more detail: The Creator C120 dev Board

Modifying an Arduino Mega and chipKIT Max32 for 5V Operation

Max's Arduino Mega and chipKIT Max32 both require 9V external supplies, but he really wishes to power them from a...