In this arduino based project, we are going to control DC fan speed according to the room temperature and show these parameter changes on a 16×2 LCD display. It is accomplished by the data communications between Arduino, LCD, DHT11 sensor Module and DC fan that is controlled by using PWM. PWM is a technique by using which we can control voltage. 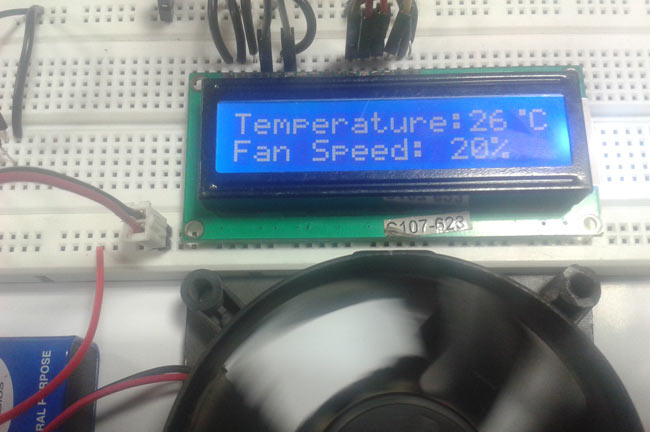 Here in this project we have used a sensor module namely DHT11 that are already have discuss our previous project namely “Humidity and Temperature Measurement using Arduino”. Here we have only used this DHT sensor for sensing temperature, and then programmed our arduino according to the requirements.


Working of this project is very simple. We have created PWM at pwm pin of arduino and applied it at base terminal of transistor. Then transistor creates a voltage according to the pwm input. 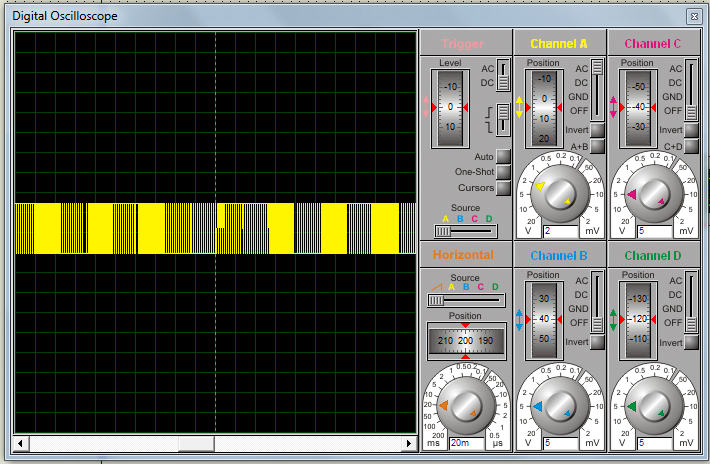 What is PWM? PWM is a technique by using we can control the voltage or power. To understand it more simply, if you are applying 5 volt for driving a motor then motor will moving with some speed, now if we reduces applied voltage by 2 means we apply 3 volt to motor then motor speed also decreases. This concept is used in the project to control the voltage using PWM. (To understand more about PWM, check this circuit: 1 Watt LED Dimmer) 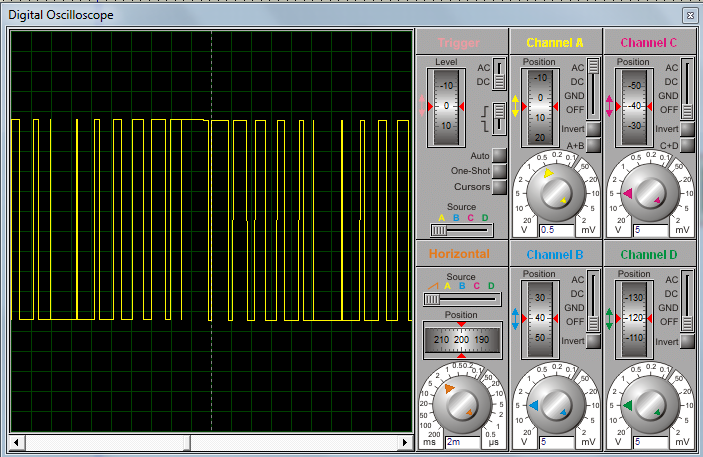 The main game of PWM is digital pulse with some duty cycle and this duty cycle is responsible for controlling the speed or voltage.

Suppose we have a pule with duty cycle 50% that means it will give half of voltage that we apply.

Formula for duty cycle given below:

Where T= total time or Ton+Toff

And Toff= Off time of pulse (means 0) 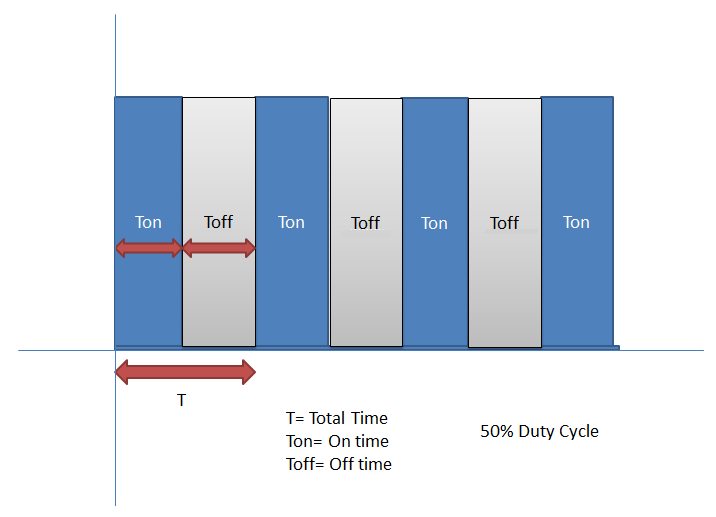 To establish a good communication between human world and machine world, display units play an important role. And so they...