The Clapper was a popular gadget in the 80’s and 90’s. It let you turn appliances on and off just by clapping. This can be pretty useful, but it has some limitations. First there is the problem of loud noises accidentally turning the lights off. Also, you can’t control multiple outlets independently of each other. 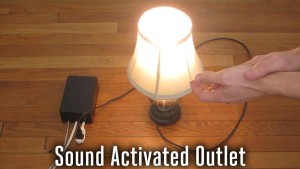 So I decided to make programmable version of the Clapper using an Arduino microcontroller. The Arduino lets you set codes for each outlet. This eliminates false triggering and lets you control multiple outlets independently. Your lamp could be turned on and off with one clapping pattern and your fan could be controlled with another pattern.

READ  Monitor 15 contacts with one PIC input
‹ Previous Next ›

MQTT is a lightweight messaging protocol for the Internet of Things. This post details the use of Stream support for...