This article is another step forward in learning more about Arduino.  In our previous article, I have written in detail about blinking an LED using Arduino. We have demonstrated 5 simple led based projects using arduino, which will help you to learn its basic concepts.

As a beginner, if you have tried the “Hello World” program to blink an LED using Arduino; you can try to blink Two LED’s as next project. There are 14 I/O (input/output) pins in your Arduino uno board. These pins are numbered from 0 to 13. They can be configured as either input or output in the sketch you create for arduino. If you have learned the “Hello World” program carefully, you now know that input/output configuration of pins has to be done inside the setup() function. So here is the circuit diagram to blink 2 led’s using arduino. 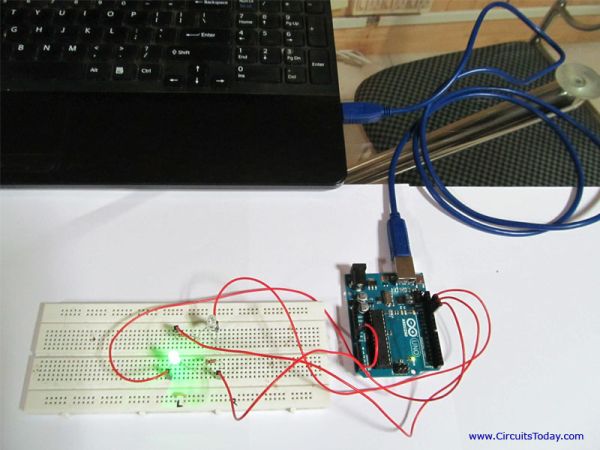 The only difference in this sketch is use of 2 pins in output mode. I have used pin number 12 and 13 as output. I have configured them as output inside the setup() function. Inside the loop(), I have written commands to blink LED’s alternatively. When LED1 is ON, LED2 will be OFF. After 1 second LED1 will turn OFF and at the same time LED2 will turn ON. Wait another 1 second and you will see LED2 turning OFF and LED1 turning ON. This cycle repeats.

I have added a photograph of the practical setup I made below.