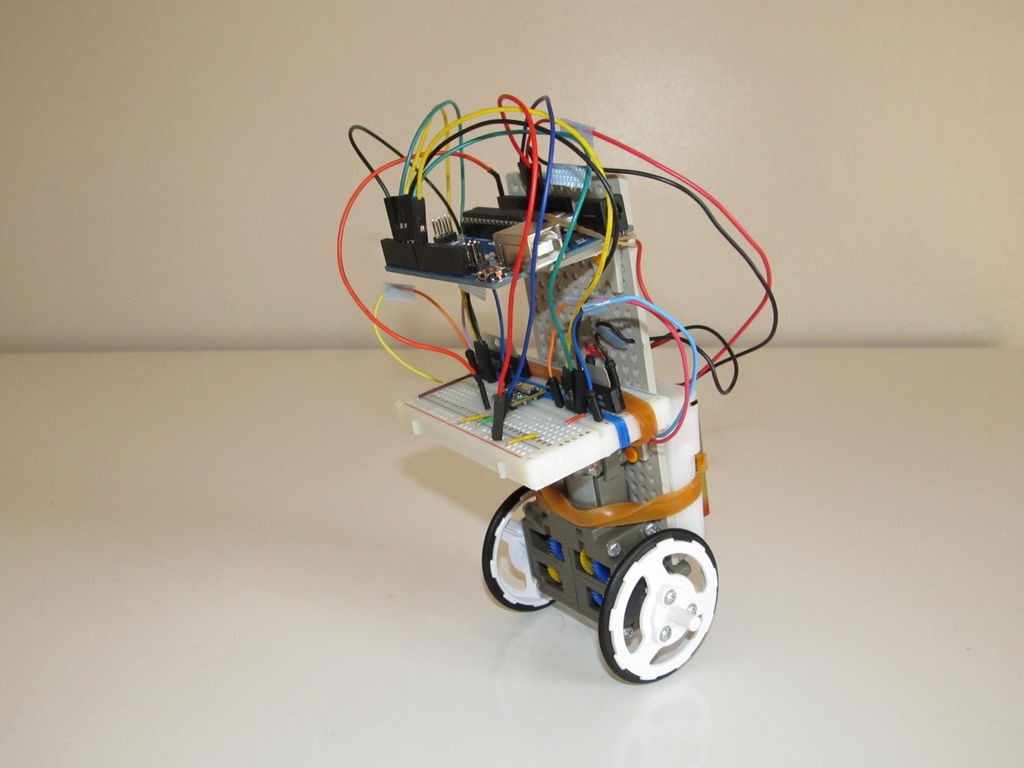 Let’s make a simple inverted balancing robot, and operate it.
You need only half a day to do them, if you have an arduino and some materials.

[a video of a robot you would make]
introduction:
After a few work with arduino, I have thought of making an inverted pendulum. Then I had two policies for the project.

Though they has been kept (*1), it has demanded more than whole a week to make my robot balance itself. So simplicity of my robot seem to be held in its body, circuit and program (called ‘sketch’). It has only an analog gyro-module (at $4 (*2)), two plane motors (at $1.5) and two analog ICs (at $1.5) to drive these motors.

(*1) I have referred websites for two matters; a formula for inverted pendulum and a troubleshooting the gyro-module I used.
(*2) 100 JPY = 1 USD I use as exchange rate.

A solderless breadboard in a picture above would show its simplicity. And a video thereunder shows it works well enough.

One who has made a LED blink with arduino ever could assemble her/his inverted robot in half a day or less according to my recipe below. But I think it is similar to solving a puzzle to make it balance on its wheels. Thus I show a solution in three steps not to spoil a puzzle. I wish videos and pictures could cover my poor English.

* A Japanese version of this instructable is available also.

[tutorial for Step 1]
[commentary 1]
I have felt that analog gyro-module listed above has individual difference. So I think it better to purchase two or three modules together. And as showing in Step 11, an additional module could make robot work more stably.

[commentary 2]
If it is hard to get the gyro-module listed above, similar one with the same analog sensor (ENC-03R) might be substituted. For example a module sold online would be available. (Its price is near 4 times to Akizuki’s one.) Though it seems to have op amp, the factor scale to amplify I cannot find.

Step 2: Solder Wires to Some Components

First you should solder wires to some electrical components. 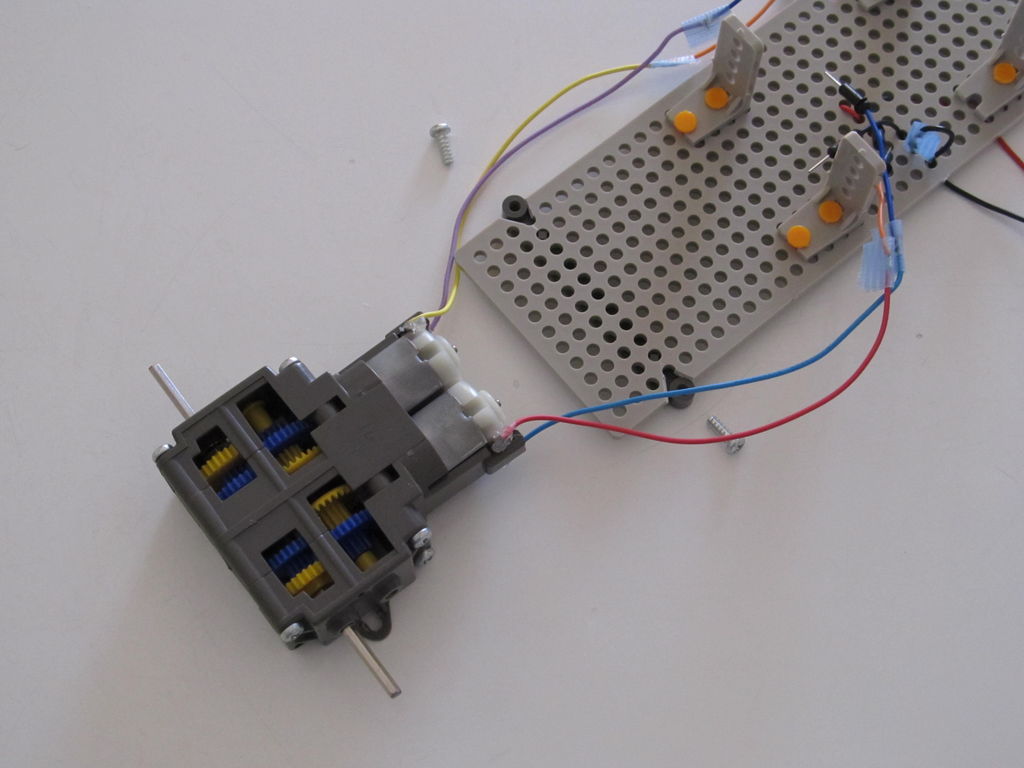 [note 1]
An Akizuki’s gyro-module listed above has 2 analog gyro-sensors on its surface. Either sensor is ‘ENC-03R‘ made by Murata-seisakusyo. Only one of them is used for inverted robot. This sensor outputs 0.67mV per unit angular velocity (1deg/sec) and it is amplified to ten times with a op amp on the reverse face of the module. (Vo at pin 1 of this module is 6.7mV/dig/sec.)

But this module picks up not only angular velocity but also angular acceleration by its filter (HPF). Capacitor C6 on this module is a main element of HPF. To avoid picking up the latter, soldering a wire to this capacitor is done.

Thanks to: http://jeonlab.wordpress.com/ Since I have read an article on todbot blog, I bought a couple of Wii Nunchucks from ebay....