This project answers to a need I had: a third hand that holds a camera while I perform a test and takes photos/videos (useful when you’re stuck at the lab late at night, and suddenly need a photographer). 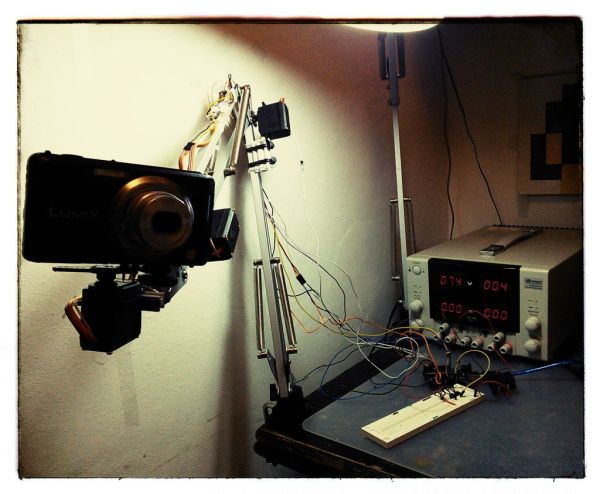 The downside to a robotic arm was obvious – It needs to be programmed, and it is the last thing you want to do when you need to make a video. So I made it motion capturing device as well…

Motion capturing and playing device – you “teach” the arm what it should do, and it repeats the movement! (no programming or computer needed).

For long time I wanted to transform standard IKEA Tertial lamp (here) into a functional robotic hand, I wanted to make it easy, without any manufactured parts, and to control as many degrees of freedom (DOF) as possible.
After modeling the lamp using my favorite CAD software, I realized the standard servos, placed in the right places can (to some extent) work. 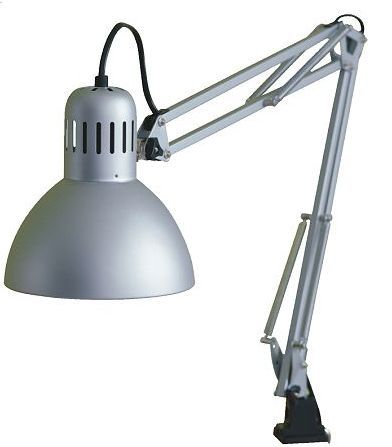 First step is, of course, to get a Tertial lamp, should be quite easy to get here, and remove the power cord (must be cut), dismantle the lampshade (But leave it’s connector !) and remove the springs for future use.

In purpose to get feedback from the servos, they should be capable to give feedback (analog), ready made analog servos can be found at Adafruit, or can be manually made as described here:
( I used cheap MG995 ), after some ruined servos I managed to figure the right steps:

repeat 3 times for all servos needed for the project.

Connection of the camera to the arm should be easy release and enable full rotation,

Now, you need to connect the servo to the arm tip:

Step 4: Connecting motors to the arm