I enjoy both Geocaching and electronics and have made a couple of electronic puzzle caches using an Arduino.
My latest creation (with the help of a fellow cacher for the code) is using an Arduino and RFID reader to make a puzzle geocache we call RFIDuino. 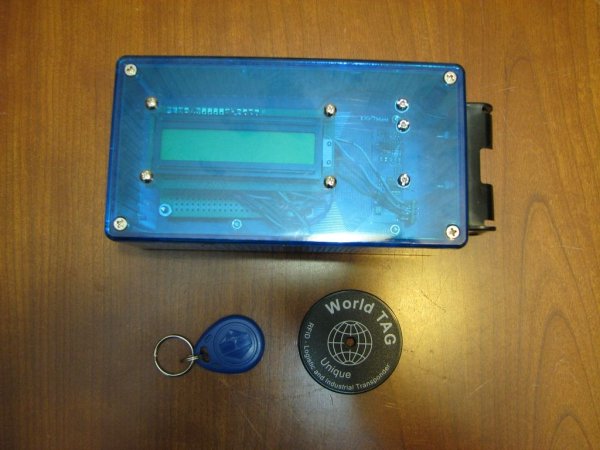 Even if you don’t geocache you could make your own RFID reader similar to the one in this Instructable and use it for a treasure hunt game.  It could be adapted to have a locked lid operated by a servo similar to the “reverse geocache box”.

You will need the following:

– Arduino of some kind.  I have been building my own on stripboard, but recently bought some “Evil Mad  Scientist” ATmegaxx8 Target Boards to use in future projects.  If you build your own you should add a “protection diode” on the + side of the input voltage.  An IN4001 or similar will work.
– Parallax RFID Reader Module
– HD44780 compatible LCD display.  I find a black on yellow works best in daylight vs a blue on white. I get mine from DipMicro
– Small 10K trim-pot for the display contrast.
– 5v Boost Regulator For this project I wanted 2x AA to power the device as most geocachers carry them.  However with the code I use they drain in about 1 1/2 hours, so a 4x AA may be a better option
– hook up wire.  I use wire from cat5 stranded patch cable.
– case of some sort.  I used a clear blue case found at most electronics stores.