Well I managed to kill my arduino. It no longer accepted uploads with the classic out of sync error. After asking on the arduino forum I was told I would need a high voltage programmer to rectify, so I decided just to buy a new chip. 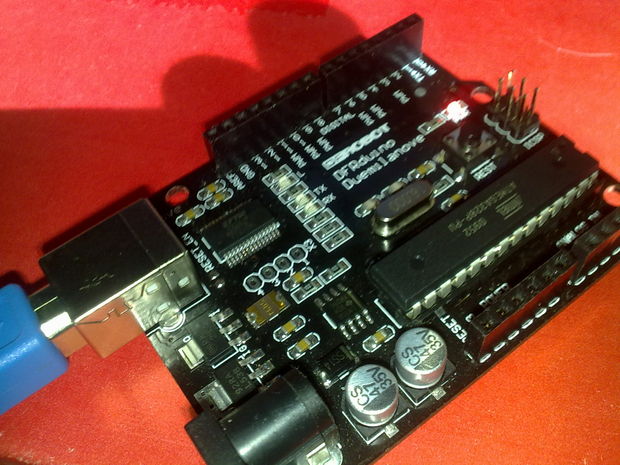 I was a bit scared about doing this but it was really easy and thought I would share my experience.

After having a look at the price of high voltage programmers, I decided it would be cheaper just to replace the chip on the arduino, and at least this way I knew I would have a working arduino.

I found the cheapest atmel 328p (the same as was coming out of my arduino, with the arduino bootloader preloaded on it) on ebay, buy it now from the UK so I would have it as quick as possible so I could continue with my arduino powered project (await future instructable 😉 )
Total cost: £5.90 delivered next day

This was surprisingly the easy part.

I gently wedged the bar under one edge of the chip edge, not the edge with the pins mind (I still plan on fixing this chip)

I wedged it then on the opposite side of the chip. Neither not enough to pull the chip off just to loosen it off uniformly.

The when both were loose I wedged the bar under it again and this time twisted to pop the chip up, then repeated again on the other side.

Now the chip is free to remove with your fingers.

With a comparison of the new chip and the old chip I noticed the pins were not bent properly for the arduino.

I carefully pinched the pins together with my finger, not enough to match the same as the old pin but straight down so when I push the new chip into the board the board bent the pins into the correct place.