The purpose of this final project was to create a small mobile robot and control it via a wireless controller. To accomplish our goal, we decided to use the Arduino Uno microcontroller as the base for both the controller and robot. For the wireless functionality we used the Xbee module. 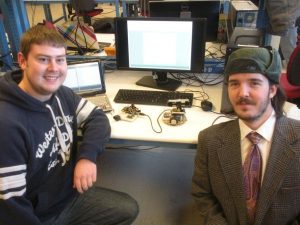 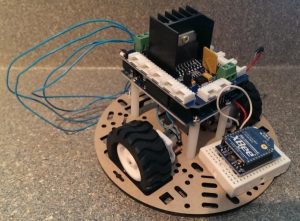 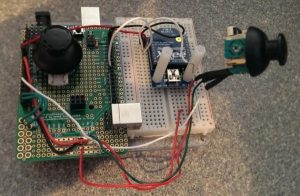 The robot chassis, motors and wheels were provided by Professor Arner from Pololu. To give the controller a human interface we used two joysticks from a disassembled Xbox 360 controller. We used a basic motor shield from RadioShack to drive the motors. The controller was powered by a 9V battery and the robot was powered by a 12V battery pack made up of 8 AA batteries.

This is a fun and pretty easy project that I built as a Christmas present for my kid who loves...