Massimo Banzi, co-founder of Arduino, introduced the new Arduino approach to reducing the complexity of building a LoRA network. Connect a MKR WAN 1300 board to the gateway and load data to the cloud is the promise. 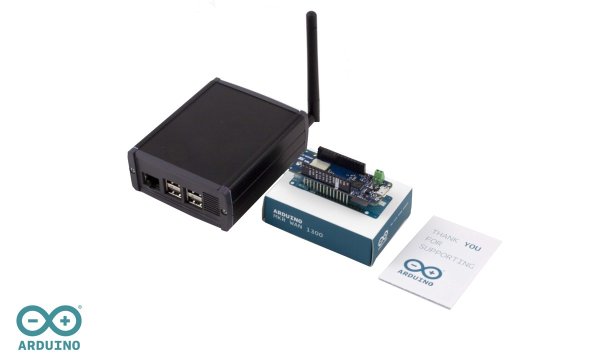 To be precise, you can pre-order the kit now, with availability expected at the start of 2019. The 868 MHz (Europe) version can be pre-ordered from the Arduino Store. It’s priced at €350.00 (for the Gateway itself, not including an IoT node). 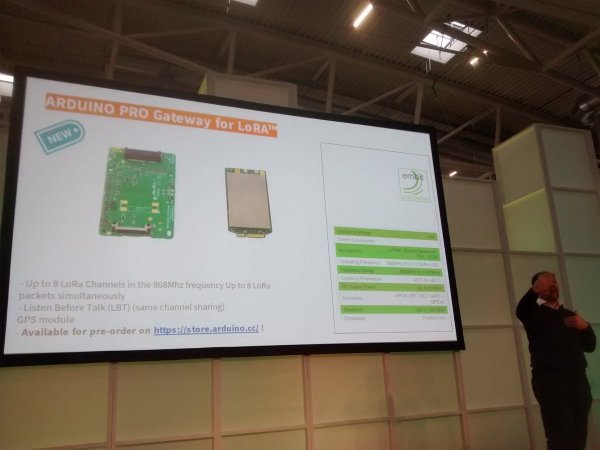 What’s inside the Gateway?

The gateway features the advanced Embit EMB-LR1301-mPCIe module, hosted by a Raspberry Pi 3 B+ SBC, in a rugged aluminum enclosure. The gateway comes pre-installed with an optimized packet forwarder and a carrier grade Network server for LoRa WAN that is running on the Arduino Cloud provided by A2A Smart City (part of the A2A Group).

The gateway can be used globally and enables multiple channel management. By supporting advanced features like Listen Before Talk (LBT), it allows users to transmit at higher power on the first free channel, achieving longer ranges than conventional gateways for LoRa.

You can read more online, but the Kit contains:

Note that if you buy the new gateway you’ll also get exclusive beta access to the Arduino IoT Cloud, which – says Arduino – “makes installation, provisioning and remote management of the gateway incredibly simple through the popular Arduino Create cloud platform.”

It seems to follow a Bluetooth profile-like model whereby you could connect any device to an Arduino board by defining standard ‘properties’ of functionality, editing code to support their use.

The example given was a “temperature sensor” which, once defined, would enable you to read and upload the particular (temperature) value.

If you are developing for Arduino you are certainly not alone. In his talk, Banzi outlined the current size of the Arduino community, in its widest sense.

More than 27 million users worldwide access the website arduino.cc, 685K people have contributed to their forum and there have been 13 million downloads of the IDE.