Origami is the traditional Japanese art of paper folding.  In this project, with a little help from an Arduino, you can bring your origami into the 21st century and make it an interactive art! 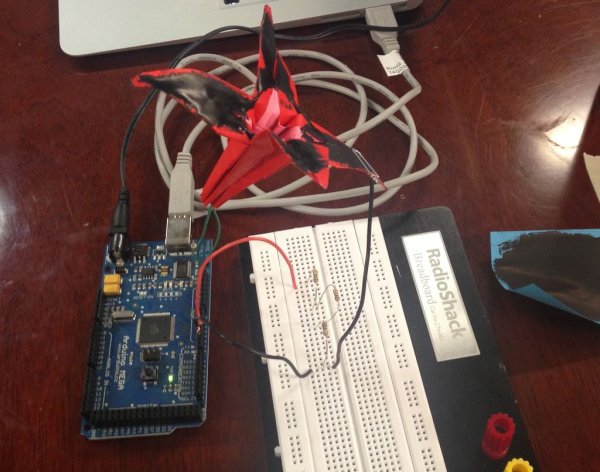 The result shown here uses Bare Conductive paint to give an origami flower proximity sensing powers.  When you put your hand close by, it triggers a small vibrating motor, and the flower wiggles around to say “hello!”.

The first step is to make an origami flower or other origami/paper object to which you want to add proximity sensing powers.

The flower below was created by following the instructions presented at this link.  It is the traditional way to fold a Lily.

Once the flower is completed, cut off the bottom of the flower to make a place to thread the vibrating motor leads through. 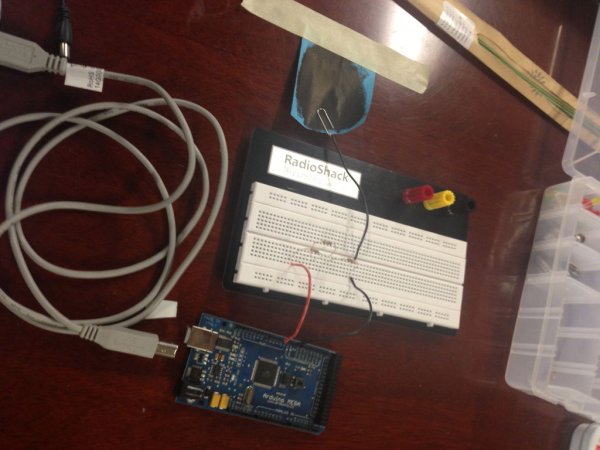 Finally, paint the petals with conductive paint, making sure that the entire painted surface is continuous across the petals.  As I did this project, I painted the flower fairly late in the process and used a painted post-it note to test out the circuit first, so you will see the flower as unpainted through most of the Instructable.

Let’s get started by gathering the necessary materials:
READ  Arudino- No Blinky

Worms in Space Board Game

Story: NASA has taken worms to the ISS on their own special capsule. There was an accident aboard the station...