I needed a couple of AA batteries and found the display at the supermarket where they were all arrayed. Normally when I’m shopping in the supermarket, I tend to look at the price/kg or price/l when comparing similar products. In the case of the batteries, there was no such indicator. Fine, I thought, I’ll work it out myself. I grabbed a few different makes and scanned the packaging for some measure of their capacity. Nothing. Not a single one of the batteries had any indicator of how much energy they would provide. Instead, they all had terms like ‘PLUS’, ‘SUPER’, ‘ULTRA’ and of course had wildly differing prices. So, I decided that it was time for an experiment and bought one pack of every type I could find. 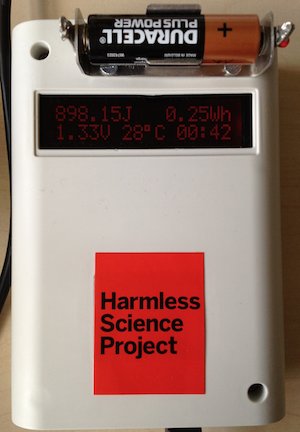 My idea was really simple: I would make a circuit that would fully discharge each of the batteries while measuring how much energy it produced (displayed in Joules and in Watt-Hours. I had an Arduino and an LCD panel left over from a different project so I thought I’d make a standalone unit. As the design evolved, I let two additional features creep in:

Note: This was never intended to be a scientific instrument to measure how long a battery would power your circuit – it’s designed to provide a relative comparison of different batteries using a similar load.

The circuit works by measuring the voltage across a fixed load every second until the voltage drops to less than 0.2V. For simplicity, I used a resistive load (the original plan was to use a 4.7R resistor but I didn’t have any high power resistors to hand so I used 4 22R resistors in parallel instead giving me an effective load of 5.5R. Here’s the final circuit: 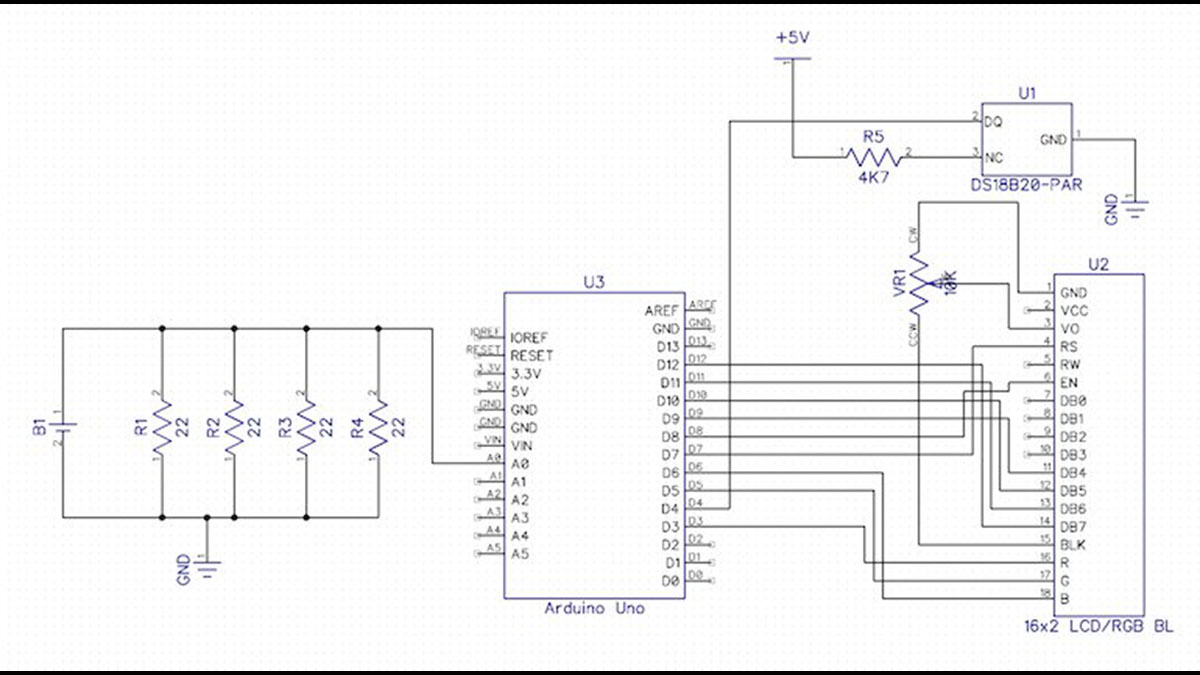 This case from adafruit ended up being perfect because it already has cutouts and standoffs for the arduino and the LCD. All that was left was to add a little bit of stripboard to hold the extra components. Note that the whole circuit is powered from the USB connection (or the DC jack) – all the power from the battery is consumed by the load resistors.

For more detail: Measuring Battery Capacity With an Arduino