Marble Disorder is a borderline case of Marble Madness 🙂
It simulates a marble maze by sensing the box’s orientation with 2 tilt switches.

I keep documenting the original version below for historical purposes, but don’t watch this – watch that

Bonus game: The Marble Disorder box is compatible with Ariadne. (the only difference is the tilt switches).
Build once, play twice 🙂 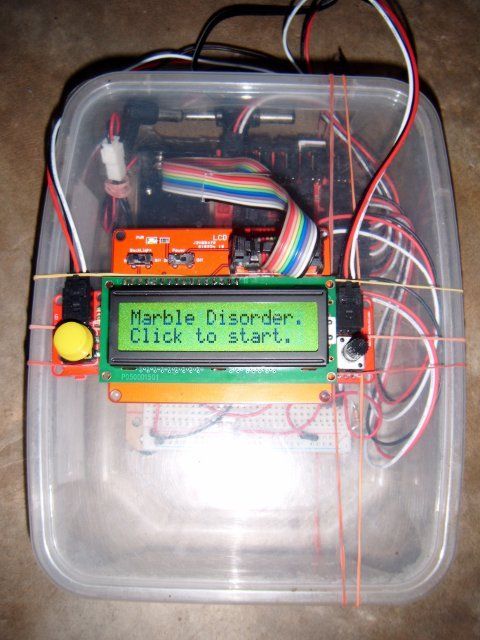 The code is here.
The maze generation algorithm is the same as Ariadne’s (See explanation there).

If you connect the piezo speaker, you can mute it by setting MUTESOUND  to 1.
Actually – this is the default 🙂
Why have the speaker and mute it? Glad you asked:
Like I’ve mentioned, you can also run Ariadne’s code on this box.
Ariadne only beeps when you hit a wall (i.e. you’ve made a mistake). This can be avoided.
Marble Disorder beeps whenever there’s a spin (i.e. when both tilt-switches allow the marble to move to 2 different cells, and the spin potentiometer determines which one).
This can’t be avoided – so you end up with a pretty noisy game. It does help play the game – but I’m not sure it’s worth the hassle of all those beeps.
Another option is to put a switch on the piezo speaker (something my Electronic Brick shield doesn’t allow). 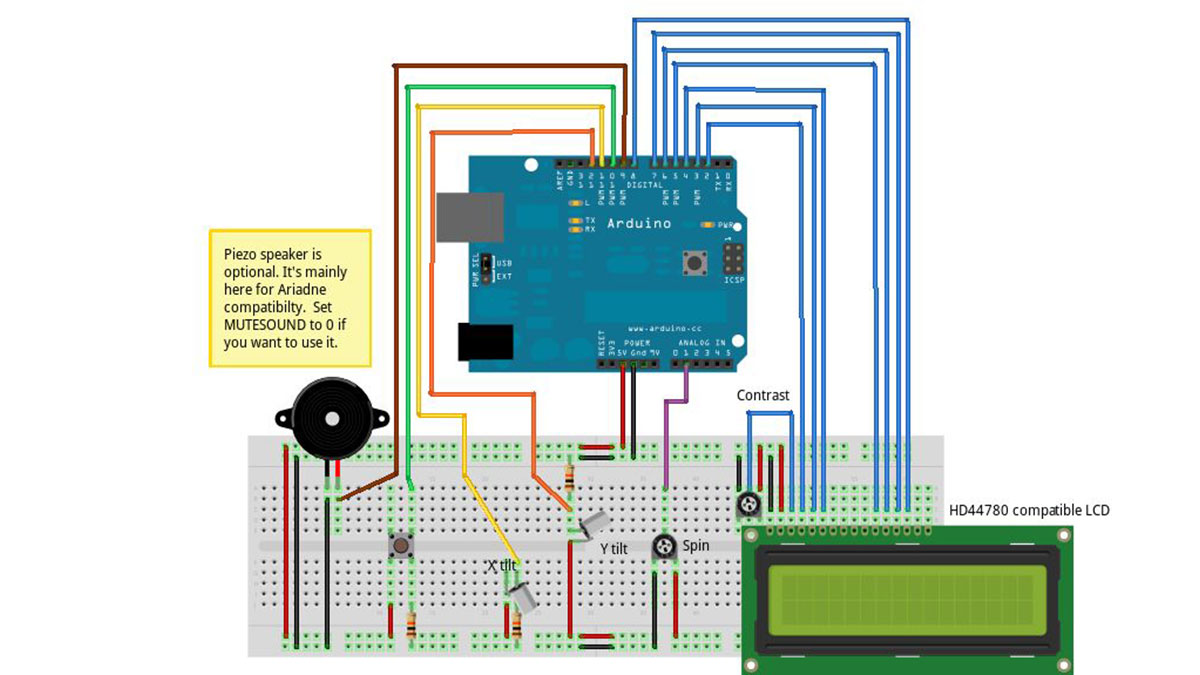 I’m the last person to teach anyone how to do stuff in the physical world, and anyway – you’ll most probably need to do it in a different way (I happened to have an Electronic Brick kit and a SeedStudio harness), but cutting a transparent Tupperware clone seems like a nice and easy way to do it.

Let me know (and show some photos) if you make your own box. I’m sure it would look nicer than mine 🙂

Note: the new version is a lot easier to play (so easy – it doesn’t even need instructions).

This step is kept here for historical purposes.