Classix Philly One Oh Seven Nine is your home for Philly soul right at the top of the dial, and now you know why this writer isn’t allowed on the Hackaday podcast. That phrase, ‘top of the dial’ doesn’t mean much these days because we all have radios with a digital display and seek buttons. There was a time when radios actually had dials, but [glasslinger] is in a class all by himself. He’s adding a digital display to a 1940s radio, and he’s doing it with Nixie tubes. 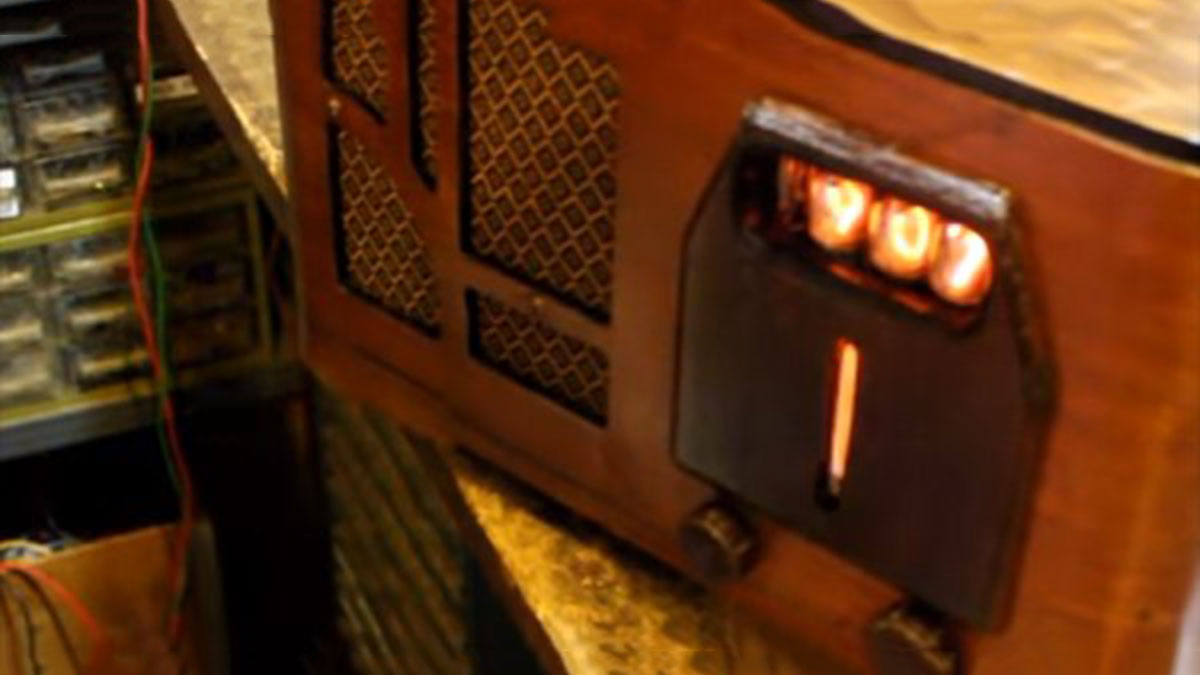 The circuitry for the digital display for this AM radio requires getting the frequency the radio is tuned to. This is done by counting the oscillator frequency, then subtracting the IF. [glasslinger] is doing this with an Arduino (hey, it’s a legitimate engineering choice) and a 4040 12-bit binary counter as a pre-scaler. The Arduino does the math and then drives a few 74141 Nixie drivers, which then display the frequency of the receiver in beautiful glass tubes. Add in a single neon bulb for the thousands digit, and you have a four-digit display that will tell you the frequency you’re tuned to on an old AM radio.

The rest of the build consists of fixing up an old radio and gluing the veneer down again with modern glues that will last another seventy years. The finished cabinet was sanded, a bezel for the display was added, and since [glasslinger] has the equipment, he made a new, long neon tube to light up with the volume of the radio. And you thought a cat’s eye detector was cool.

This build is a tour de force, and something that is so incredibly modern but at the same time built on vintage technology. If you’ve got an hour and a half, we highly recommend checking out the build video below.