I wanted to make something for them to help the visually impaired become independent, so I created an open source Arduino project for a Smart Cane. This Arduino smart cane can assist with walking alone in new environments by taking inputs through an obstacle sensor (ultrasonic sensor) and providing feedback to the person through haptics (vibration motor). Check out the video below for the demo and working. 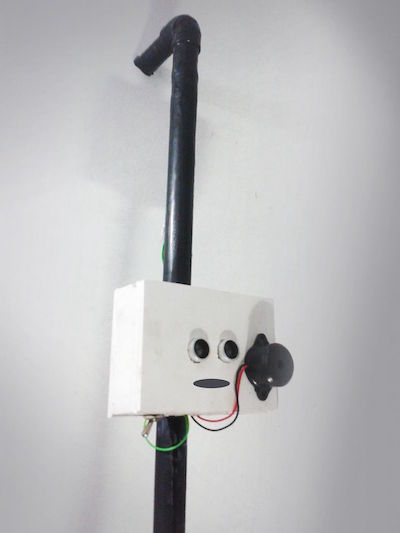 One day while I was walking to my college, I witnessed a blind person who was walking through the street. He was facing difficulty in walking in through that busy street. Fortunately, I was able to help him at that time. However, it was at that moment that I had an epiphany, I realized that I could use technology to assist people like him. It was that evening that I came up with this idea: The Smart Cane. I wanted it to be very cheap and easily replicable so that even a kid can make it easily in a couple of hours from scratch.

Using this Arduino Smart Cane, a visually impaired person can walk without anyone’s help. The cane can automatically detect the obstacle in front of the person and give them a feedback response by vibrating the walking stick and giving a warning sound. Through this tool, the blind person thus be aware of the obstacles in front of them. I used an Ultrasonic sensor with an Arduino for detecting the obstacles. It cost me just 10$ to make one. It is cheap and also easy to make without the need of much soldering. Now let’s get started!

The technology behind the Arduino Smart Cane is pretty straight forward. There are mainly three blocks behind it: input, controller, and output. The input consists of an ultrasonic sensor that is capable of detecting obstacles in front of it at a range of up to 400cm. It is interfaced to a controller: the Arduino which determines if an obstacle is too close to the cane and triggers the output if it is. The output consists of a vibration motor to provide haptic response and a piezo buzzer. If you want to learn more about the ultrasonic sensor and interfacing it to an Arduino, check out this DIY Hacking tutorial from Jeff Salim.

Salvaging the Vibration Motor from A Cellphone

Read More:  How to make a Smart Cane for the Visually Impaired with Arduino

The 1Mbit SPI FRAM is in an 8-pin wafer level chip scale package (WL-CSP) which is an additional package variant...