What it is:
Sometimes we want to send special messages to the ones we love but they are sleeping. Soci Alarm Clock allows you to record a message from your browser and send to your beloved’s alarm clock. They just have to put it near bed, with the soft mat under the pillow.

How it works:
Soci Alarm Clocks runs in a node server. There is a browser interface in which users can login and see if their partner is awaken or not. The web interface talks to the actual device, which consists of speakers, Arduino Yun and a soft switch (to be placed under the pillow). The awaken user records the message in the browser – for this, we used webRTC and we save the audio recording in the server. The Arduino is constantly making get requests to the server as it was a client, and when it receives a “y” (from yes, there is a new message!) as response, it downloads the audio file and plays it in loop while the other user is still laying down. The sound stops when the user raises the head from the pillow. 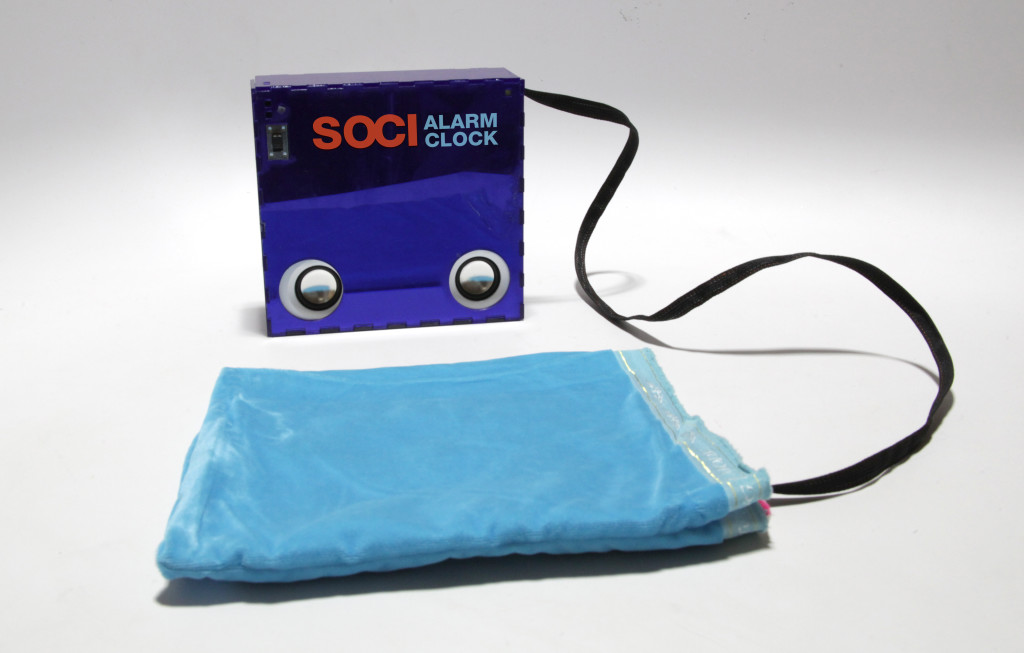 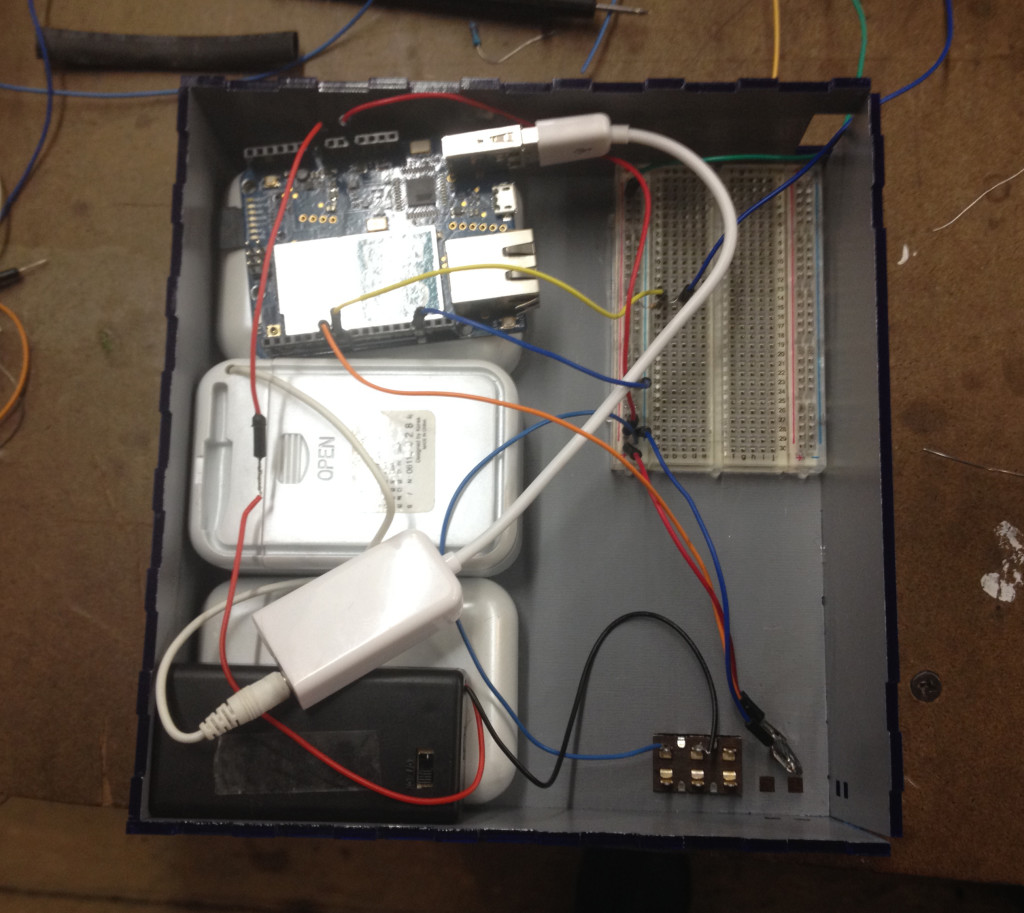 We have discussed whether the user could send a message before it is actually time to wake up that person. We didn’t get to a common sense, but decided to prototype the version you can only send the message right before the person wakes up because it would avoid problems like what if I want to send a second message. So, before it is time, the user can’t send the message. Below is the interface step by step: