The AH1898 is a micropower magnetic range selectable (Bop/Brp) Omnipolar Hall effect switch IC with internal pull up and pull down capability, designed for portable and battery powered consumer equipment such as cellular phones and portable PCs. To support battery powered equipment and low voltage microcontrollers, the AH1898 can operate over the supply range of 1.6V to 3.6V and uses a hibernating clocking system to minimize the power consumption. The average supply current is only 4.3µA typical at 1.80V. The AH1898 has an 8kV ESD rating on the supply and output pins. To minimize PCB space the AH1898 is packaged in the small CSP package (0.81mm x 0.81mm typical). The output is activated with either a north or south pole of sufficient magnetic field strength. The user can select one of two magnetic sensitivity bands via the BSEL pin without the addition of any external components allowing a flexible but small solution. The band select can be hardwired or be changed on the fly via a logic source such as a micro-controller. When the magnetic flux density (B) perpendicular to the package is larger than operate point (Bop), the output will be turned on (pulled low) and held until B is lower than release point (Brp). The output will remain off when there is no magnetic field. The AH1898 is available in U-WLB0808-4 package. 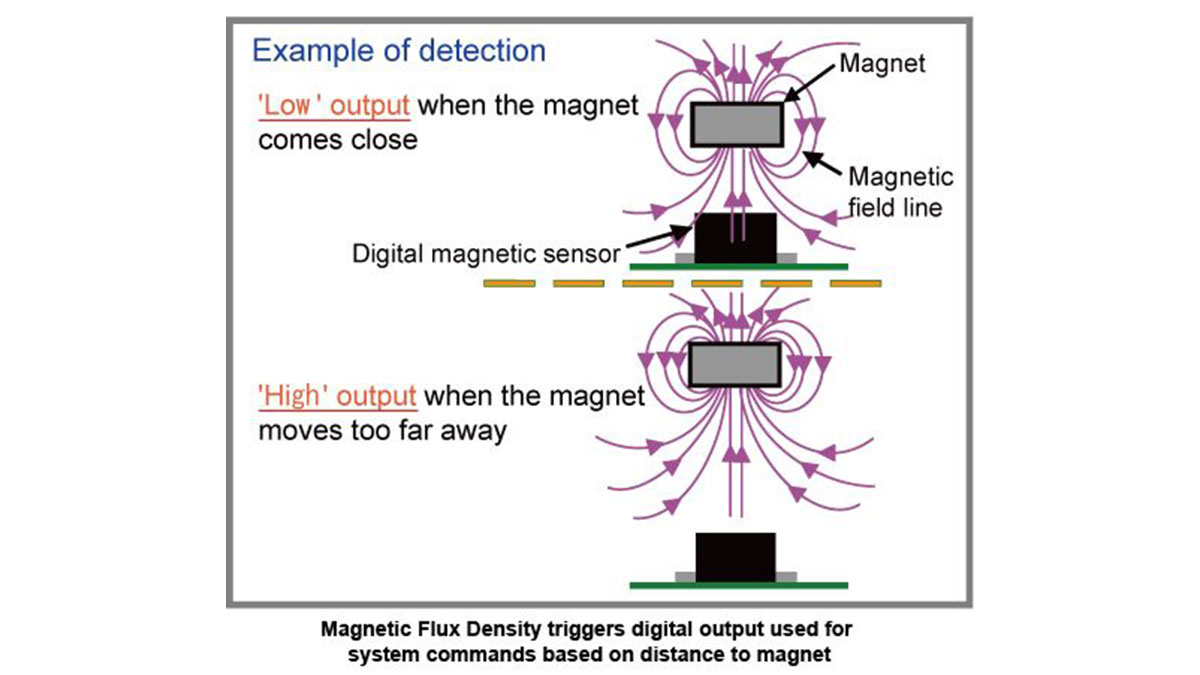 Diodes has designed a programmable omnipolar Hall effect switch is able to detect both north and south magnetic fields.

The AH1898 features a band-select pin, which allows device sensitivity to be changed to one of two predefined magnetic sensitivity ranges.

It can also be used change the band on the fly, using an external logic source or microcontroller.

The Hall switch has been optimised for use over a 1.6V to 3.6V low-voltage supply range and employs a hibernating clocking system to minimise power consumption.  Average supply current is 4.3µA (typical) at 1.8V.

The AH1898 has been designed with an 8kV ESD rating on supply and output pins.  The switch’s chopper stabilised design improves temperature stability over the operating range from -40ºC to 85ºC.

It is available in the miniature 0.8mm x 0.8mm CSP package.